Tower Resources has provided an update on operations on the Thali block, offshore Cameroon, financing and its intention to raise interim finance via a Bridging Loan Facility.

Tower is in the final stages of planning the NJOM3 well, which will be drilled to a total depth of 1,100 metres intersecting at least three reservoir zones already identified by the NJOM1B and NJOM2 discovery wells drilled on the Njonji structure by the previous operator Total. The well is designed to confirm the greater reservoir thicknesses observed on the reprocessed 3D seismic in the up-dip area of the structure and also evaluate additional reservoirs that were not present in the areas where Total's wells are located.  The NJOM3 well is designed to supplement Total's well data with a suite of measurement and logging tools and drill stem test ('DST') flows to surface. The Company's intention is then to suspend the well with a view to subsequent completion as one of four initial production wells on the structure, as envisaged in the Reserve Report prepared by Oilfield International Limited ('OIL') on 31 October 2018. This first phase of development envisaged by the Reserve Report, aiming to exploit the 2C contingent resources (Pmean 18 million barrels oil, gross) already identified in the structure, aims to provide significant production to Tower in 2020.

Since the Company's last update, the following operational progress has been made:

As previously disclosed, the Company is planning to use a combination of bank financing and own or partner equity to fund the first phase of development at Njonji, including the proposed NJOM3 well. The Company has for several months been discussing a loan facility with a prominent African bank, for the Njonji development of US$15 million which could be extended to US$50 million, and the Company is still hopeful that such a facility may be in place by mid-May. With or without such a facility, the Company has also been holding discussions with several possible partners for the Thali license, which the Company also hopes may be concluded in that time frame. Any one of these options, or a combination of them, could provide the additional funds required to complete the current well. 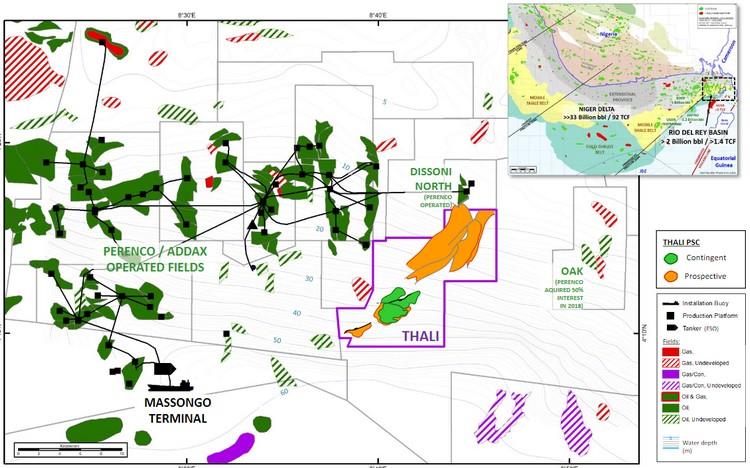 In the meantime, the Company requires additional working capital whilst the above discussions are completed and today announces its intention to raise short term financing of up to US$750,000 via a Bridging Loan from a funder on terms to be confirmed including the expected issue of warrants to the lender.

Further to the above announcement Tower Resources has announced that it has successfully agreed a Bridging Loan Facility of US$750,000 with a single lender. The terms of the Bridging Loan include the issue of 90 million of attached five-year 1.0 pence warrants.

As previously disclosed, the purpose of the Bridging Loan is to cover working capital while the Company seeks to finalise funding arrangements for the drilling of the NJOM3 well on the Thali licence in late May 2019.