AIM-listed President Energy, the upstream oil and gas company with a diverse portfolio of production and exploration assets focused primarily in Argentina, has provided an update on its frac operations at the Puesto Flores field, Rio Negro Province, Argentina.

Drilled in March 2012, PFO-16 is one of wells in the field producing solely from the Precuyo and, immediately prior to the frac, was producing at a modest rate of 8m3 net oil per day (ca. 50 barrels per day). It was chosen as the trial frac candidate due to the low production rate and perceived lack of proximity to substantial water bearing zones.

The frac operation was completed successfully with over 100,000lbs (45 tonnes) of proppant going into the formation. Flowback and testing operations are currently ongoing to clean out the well.

President is pleased to report that so far the frac has proved to be at the high end of initial expectations. In the production testing that is taking place, the oil cut (ie net oil to total volume of liquids recovered) is a very good 95% and whilst clearly this is a depleted reservoir, the daily test rate of oil production 28m3 (c. 175 bpd) is 3x greater than the afor-mentioned pre-frac level.

The well, still not fully cleaned up after the frac, will be monitored for a month as a more prolonged period of time is needed to develop a more precise forward looking view as to the likely post frac behaviour of the formation operation and decline rates. It is nevertheless a most positive outcome so far for President's first frac with potentially a materially positive read across to other similar wells drilled and to be drilled.

With these preliminary results, President has now commenced planning for other frac candidates in existing wells across the Company's Rio Negro assets where the Precuyo is either at virgin or at a less depleted pressure than was encountered in PFO-16. In such instances, all other things being equal, the production rates post frac of such candidates would reasonably be expected to be significantly higher than in a depleted reservoir such as at PFO-16.

In the event that such a frac programme is implemented, it is anticipated it will take place, subject to equipment availability, during this year. The potential for enhancing production by fraccing will also be taken into account as appropriate in the forthcoming programme of new wells in Rio Negro.

A further announcement in relation to progress in the frac operations is expected to be made in about a month.  In the meantime the current workover programme continues. 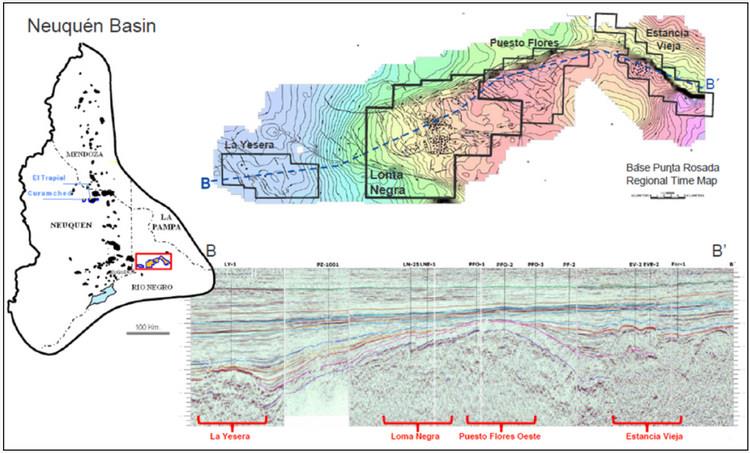 'The frac results to date are very good.

'This is all part of a lot of our work in H1, namely developing a greater understanding of our Rio Negro reservoirs with the objective of finding ways to optimise production, mitigate decline rates and prolong economic field life.

'Whilst it is still a matter of step by step, we are most encouraged by what we are seeing so far from this trial frac, which has the potential to open a new front in extracting greater value from our fields.'