3D Oil has announced that ConocoPhillips Australia and TDO’s wholly owned subsidiary, 3D Oil T49P have executed a Joint Operating Agreement ('JOA') in relation to the offshore Tasmanian Permit T/49P which satisfies a key condition of the Farmout Agreement ('FOA') signed in December 2019. Completion of the farmout will occur following government approvals.

Under the terms of the JOA, ConocoPhillips Australia will hold an 80% interest in the Permit and become operator. As previously announced, pursuant to the FOA, the Company will receive a A$5 million cash payment in recognition of previous permit expenditure and ConocoPhillips Australia will undertake the acquisition of a 3D seismic survey of not less than 1580 sq km within the Permit to which the Company will make no financial contribution.

Under the terms of the original FOA, TDO were to retain 25% equity in T/49 however following further negotiations the Company has decided to reduce its interest in the Permit to 20%. This is in exchange for a reduction in TDO’s exposure to joint operation expenses. Under the terms of the revised FOA and JOA, TDO will contribute 10% of the joint operation expenses until ConocoPhillips Australia has completed an exploration well or spent at least US$30 million toward drilling of an exploration well.

Upon completion of the acquisition, processing and interpretation of the 3D seismic survey, ConocoPhillips Australia may elect to drill an exploration well which will fulfill the current Year 6 Permit work commitment. In the event ConocoPhillips Australia elects to drill such exploration well, the Company will be carried for up to US$30 million in drilling costs after which it will contribute 20% of costs in line with its interest in the Permit. 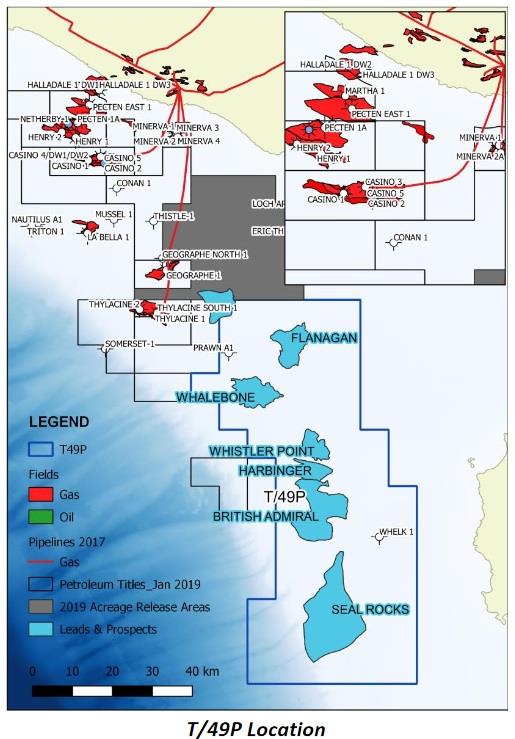