In light of the many recent milestones that the Company has achieved, such as securing the 100% North Mahalo tender, the agreement reached with the Mahalo JV on initial development of that asset, and recent progress in the Galilee Basin Deeps conventional gas project, Comet Ridge has embarked upon a Strategic Review of the Company and its multiple assets.

Comet Ridge has advised that it has received an indicative, in principle agreement from the Australian Taxation Office (ATO) with respect to the availability of demerger roll-over relief for Comet Ridge's early stage exploration assets in the Galilee and Gunnedah Basins.

The in-principle agreement remains conditional upon the issue and gazettal of a final Class Ruling. This ruling would be conditional upon the implementation of any demerger being undertaken in a manner consistent with the Class Ruling. Comet Ridge expects these requirements should be able to be satisfied but will ultimately be determined by the terms of any implemented demerger.

Each Comet Ridge asset classhas a different scale, risk profile and capital requirement, and potentially attracts a different investor profile. The Class Ruling would, if implemented in the manner set out in formal interaction to date with the ATO, allow a tax effective demerger of one of the asset groups into a new company. This in-principle agreement has been secured to help facilitate the Board’s strategic review of the group in the first quarter of 2020 to determine the optimal path forward.

Tor McCaul, Comet Ridge Managing Director,said any decision to demerge will be consideredcarefully by the Board after reviewing exploration and evaluation progressover the coming months, as well as a range of other matters including management and technical requirements for each asset group.

While the review is being undertaken, Comet Ridge will continue to progress all of its assets in the normal course of business. Over the coming quarter, particular emphasis will be given tothe Mahalo JV and the new and exciting Mahalo North Project in the southern Bowen Basin, as well as finalising the 2019 evaluation programme in the Galilee Basin in which Comet Ridge is partnered with Vintage Energy in the Galilee Deeps JV. Two deep wells (Albany-2 and Albany-1ST) have just been drilled and are about to be stimulated and production tested.

Mr McCaul noted also that as the Company moves through the first quarter of 2020, he expected to see value for the Company emerge in its Galilee Coal Seam Gas Project (Comet Ridge 100% equity) and in the Gunnedah Basin in NSW, based on positive work being undertaken in both of those areas by other Operators. 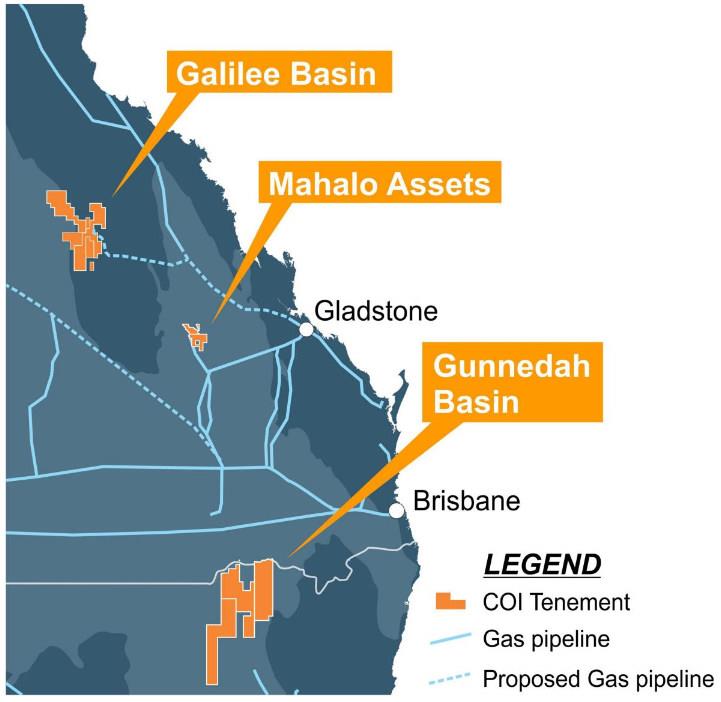