Cue Energy has announced that the The Environment Plan (EP) for the Ironbark-1 exploration well in exploration permit WA-359-P has been approved by the National Offshore Petroleum Safety and Environment Management Authority (NOPSEMA).

Ironbark-1 drilling activities are planned to commence in October 2020 with final timing dependent on the progress of the current drilling program being conducted by the Ocean Apex drilling rig, which is currently under contract in the area for another operator.

Exploration permit WA-359-P is located in the Carnarvon Basin, offshore Western Australia, approximately 50km from the existing North West Shelf LNG infrastructure. The Ironbark-1 well is expected to drill to approximately 5500 metres and will be the first test of the Ironbark gas prospect.

Cue is fully funded for its expected participating interest costs of the well through funding from farm-in agreements with partners BP, Beach Energy and New Zealand Oil & Gas and approximately US$8 million of cash reserves which have been escrowed. 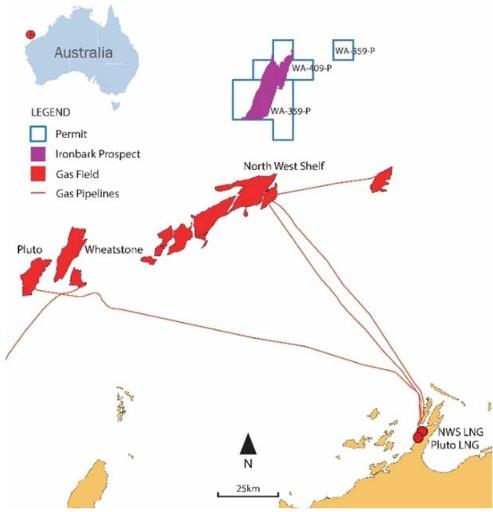 'Cue Energy welcomes the approval of the Ironbark Exploration Drilling Environment Plan and is excited with the continuing progress toward the drilling of the Ironbark-1 well, which is expected to spud in about 3 months.

Cue holds a significant 21.5% participating interest in the world class Ironbark gas prospect, which, if successful, could be company changing for Cue and deliver environmental and economic benefits to Australia and the region.'