Real Energy, an Australian east coast focused gas company with interests in the Cooper and Surat Basins has announced that the Queensland Government has officially granted title to Project Venus permit ATP2051.

Project Venus is a 50:50 Joint Venture between Real Energy and Strata X Energy which now holds high quality and very prospective acreage covering 154km2 within the main Walloon Coal Seam Gas Fairway. The permit is close to gas infrastructure including pipelines that have scope for more capacity.

An independent review of the data for Project Venus has determined the Recoverable Prospective Gas Resources of 694Pj – Best Estimate for 100% (see ASX Announcement 12/12/2019).

Given the location of Project Venus permit, being immediately adjacent to gas infrastructure, the JV is aiming to expedite the progressive conversion of prospective gas resources to gas reserves with the goal being to fast-track development of the project thereby potentially achieving early cash flows.

The JV will adopt a low cost approach to prove up gas reserves. There are several previously drilled wells located within and around ATP2051. One such well was Connor-1, which was cased and under-reamed but never properly flow tested. The Company is looking to re-enter, reservoir enhance and flow test the Juandah coals in Connor-1. This low-cost re-entry flow test program is designed to prove sufficient water flows to allow efficient dewatering and early gas flows from the fully gas saturated Juandah coal seams.

The timing of the re-entry of Connor-1 will be announced upon entering agreements for the work with our contractors. 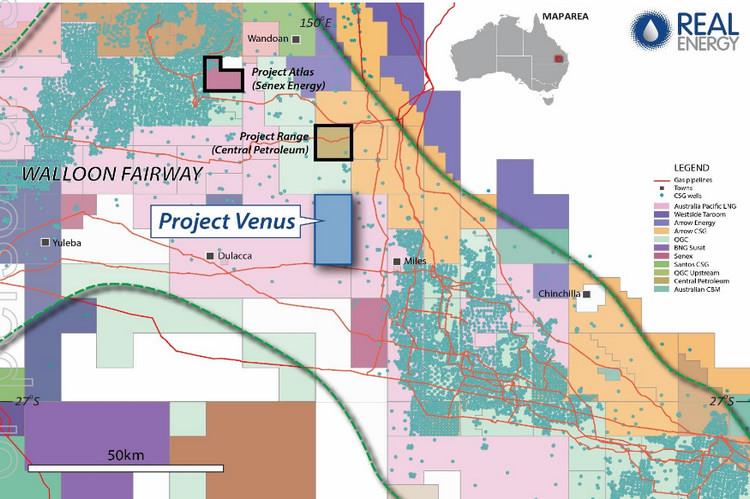 'We are delighted to have secured this permit for what is undoubtedly prime CSG acreage with considerable unlocked value. During the permitting phase, we have been working diligently with theteam at Strata X to determine the most effective and low-cost approach to proving up a large resource here. Re-entering Connor-1 represents a good solution.

'Despite recent market volatility and softening in gas prices locally, the fact remains that the East Coast of Australia still has a major gas shortage with the supply/demand imbalance not being resolved anytime soon. The gas market will change significantly over the next 18 months and is likely to be in a different place when Project Venus is targeting first production. We are confident that the JV can deliver significant value along the way as we prove up and drill this exciting project. Now the permit is granted, we look forward to reporting onregular project milestones'.