Australia: Results of the 2019 Cooper and Otway Basins acreage release

The Minister for Energy and Mining, Dan van Holst Pellekaan, has announced the details of successful bids in the 2019 petroleum exploration acreage release in the Cooper and Otway Basins. Please see the link below:

Successful Cooper and Otway basin bidders were selected on the basis of the total five-year work program bid together with the adequacy of financial resources and technical expertise to satisfactorily undertake the proposed work program.

The following is a summary of the successful applicants and proposed work programs: 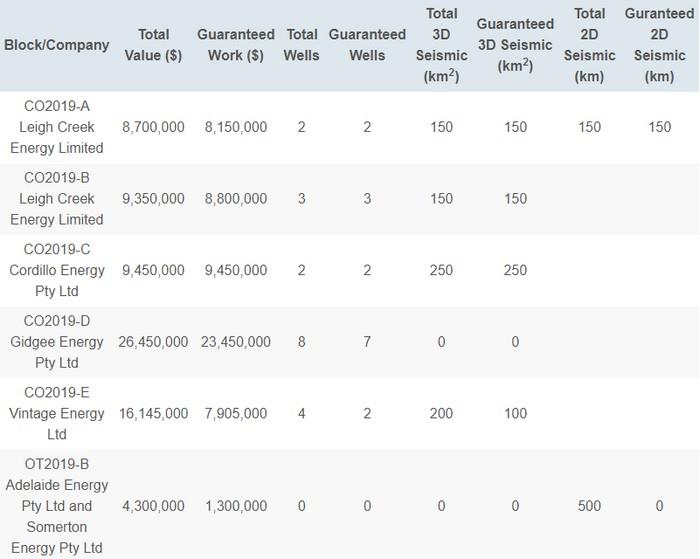 Additional information on the Acreage Releases can be found at the pages listed below: