Senex Energy has announced that first gas production has been achieved at Project Atlas, with natural gas flowing immediately.

The Project Atlas drilling campaign commenced in August 2019 and 11 wells of the ~60-well campaign have now been drilled and completed. The first four wells were recently brought online and produced gas immediately.

Project Atlas includes a 15 petajoule per annum (40 TJ/day) gas processing facility and a 60km buried pipeline to the Wallumbilla Hub. As announced on 3 October 2019, Jemena has completed construction of the pipeline and is nearing completion of the gas facility. Prior to commissioning and start-up this quarter, Project Atlas gas will be produced to flare.

Natural gas from Project Atlas will supply major Queensland manufacturers including CSR, Orora and O-I. Senex has contracted most of its expected gas production volumes in 2020,with more contracts currently under negotiation. 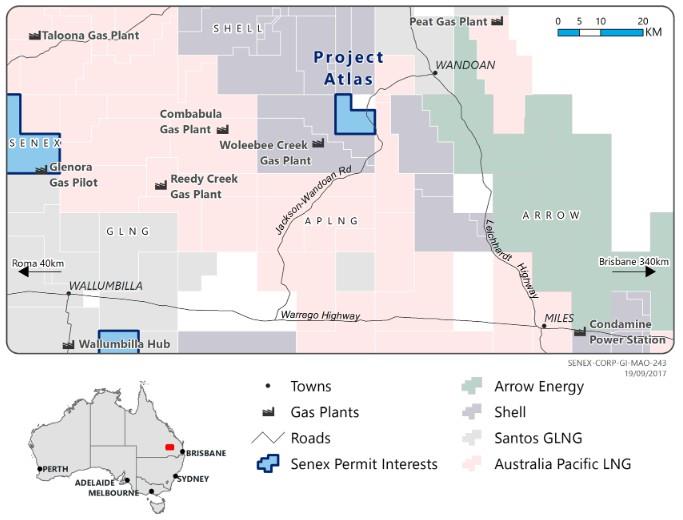 'Senex was grantedthe Petroleum Lease for Project Atlas in March 2018. The delivery of a greenfield natural gas development in 18 months is an outstanding achievement.

'The remainder of 2019 will be active and exciting as we bring more wells online, commission the gas facility and increase production to meet sales agreements commencing 1 January 2020,' Mr Davies said.

Senex and its partners continue to meet all development milestones for the Project Atlas and Roma North work programs. These will deliver a Surat Basin gas production rate of 18 petajoules per annum by the end of FY21, with low cost expansion options.