Vintage Energy has announced that the flow test program for Odin-1 is nearly complete, with highly successful results to date.

The first stage of the Odin-1 flow test delivered a stable flow rate of 6.5 million standard cubic feet per day at a flowing wellhead pressure of 1,823 psi through a 28/64” fixed choke. After this stage, the well was shut-in for 15 days, with the second stage of the flow test recommencing on 18 November 2021.

The second stage focused on the running of a multi-rate memory production log, which confirmed that gas was being contributed from each of the perforated Epsilon and Toolachee formations. Gas samples were taken over the course of the second stage, and these are being transported to Adelaide for analysis.

The Odin-1 well is currently shut-in, with downhole pressure gauges installed to record pressure build-up over a four-day period. Once the pressure gauges are retrieved and the data analysed, a further release will be made to the market.

All of the data collected will be assessed and incorporated into a commercialisation plan for the asset, which will include an estimate of the number of wells required to efficiently produce gas and maximise returns from the Odin Field. Subject to JV approval, the next operation will likely be completion of the well, in conjunction with completion of the nearby Vali wells, to minimise costs. 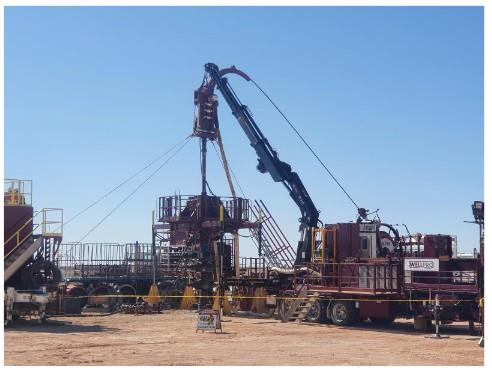 'We are thrilled that the results from the Odin-1 flow test delivered such a strong result that was well ahead of our initial expectations. All of the zones perforated for testing contributed to the overall gas flow from the well, which is a great outcome.

'I would like to thank all of the contractors working on-site, and the Vintage team, for what was a safe and successful operation during a very busy time in the basin.

'We now look forward to the Odin Field being a key contributor to our upcoming gas delivery to the Australian domestic market.'

Odin-1 is located in PRL 211, approx. 5 kms northeast of the Beckler and Bow Permian gas fields. The Odin-1 well was drilled with the Schlumberger SLR184 rig and reached total depth at 3,140 metres on 26 May 2021. Odin-1 intersected conventional net gas pay interpreted in the Toolachee, Epsilon and
Patchawarra formations. Odin-1 is also approximately six kilometres to the west of the Vali Field, which discovered gas in the Patchawarra, Toolachee and Nappamerri formations.