Melbana Energy has commenced civil works for construction of the first well pad in support of its two well drilling program onshore Cuba.

This marks the beginning of field activities that will support the commencement of operations in Block 9; the drilling of two onshore exploration wells testing four separate targets with a combined Prospective Resource of 236 million barrels of oil (Best Estimate). Melbana has a 30% interest in Block 9.

Cuba has a significant and established hydrocarbon sector. About 97% of its oil production occurs in a northern belt of oil production extending about 150 km to the east of the capital, Havana. The most significant discovery to date is the Varadero field, a heavy oil field estimated to have more than 11 billion barrels of oil in place. Melbana’s contract area lies to the east and on trend of this northern production zone – close to the Varadero discovery. 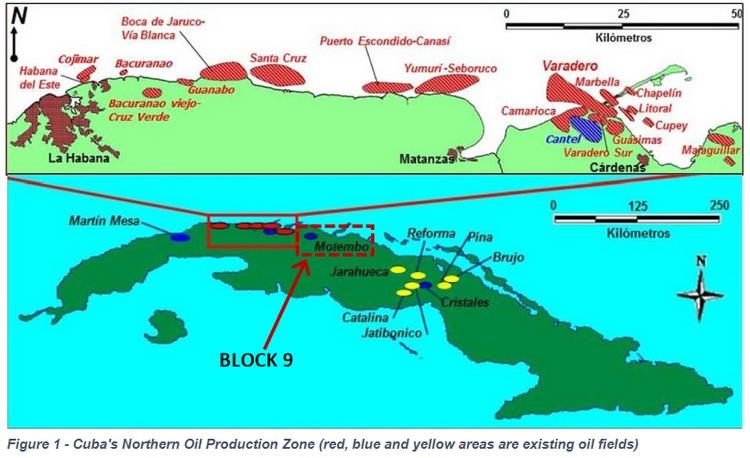 The targets for Melbana’s proposed two well drilling program in Block 9 were selected following an extensive review of the available data, which included several generations of seismic surveys, gravity studies and prior wells.

Melbana’s first well, Alameda-1, is targeting the same structure drilled in the late 1980s by CUPET (Cuba’s National Oil Company) with a well they called Marti 5, which itself was a follow up to Marti 1 and 2 – both of which had recorded oil shows. Marti 5 recorded oil shows over an 850 metre gross interval and recovered a lighter oil (24° API) than is typically found in Cuba (the higher the API number, the lighter the oil).

In the early 2000s, CUPET revisited the Marti 2 and Marti 5 wellsites and found them to be leaking oil. A sample was taken from Marti 5 and it was found to be 32º API. A second sample taken from Marti 5 before CUPET plugged both wells was reported to be ~38° API.

Melbana’s first well, Alameda-1, is positioned close to where these previous wells were drilled in order to test a number of the structures identified by its analysis of the seismic and gravitational data as the possible source of these hydrocarbons. 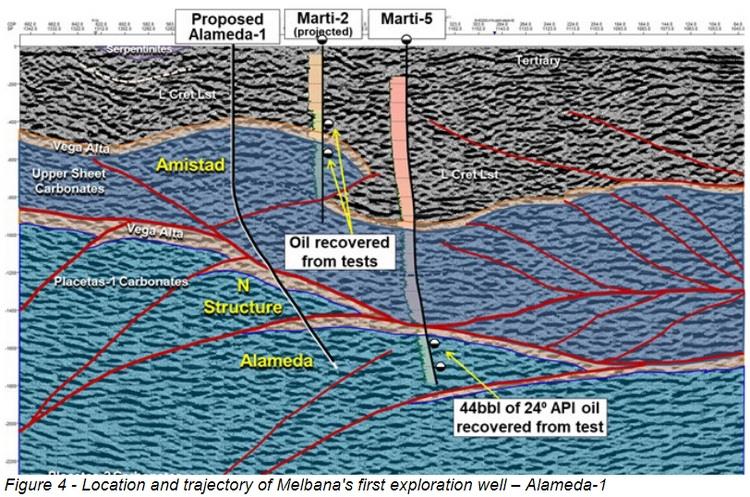 The targets of Melbana’s Alameda-1 well have been independently assessed to have a total Prospective Resource of 141 million barrels of oil (Best Estimate).

The second well Melbana proposes to drill is Zapato-1. Its objective is the source of the historic Motembo oil field – Cuba’s oldest oil field that reportedly contained a very light oil (50 – 64.5º API) present at surface.

Our assessment is that the large Zapato structure (with nearly 1,000 metres of vertical relief) may be the primary structure, and thus the source of oil, for the shallow Motembo oil field discovered in the late 19th Century. There are no previous wells that have drilled deep enough to intercept the Zapato structure. 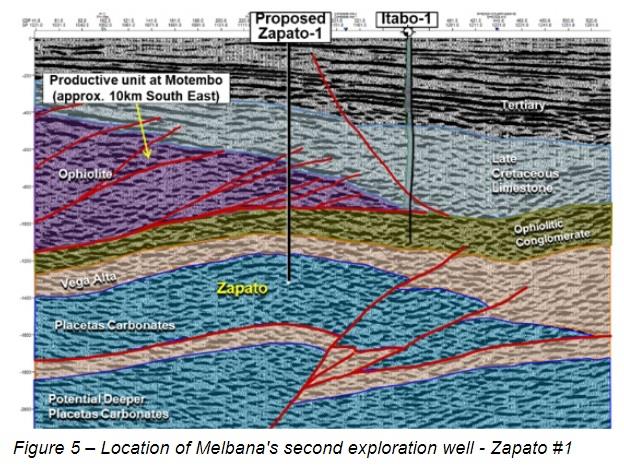 Zapato-1 has been independently assessed to have a total Prospective Resource of 95 million barrels of oil (Best Estimate).

The drilling locations for both wells are in flat, open country with nearby access to good, all-weather roads.

An independent Cuban consultant is currently making a written and photographic record of the condition of the well sites, which Melbana has voluntarily commissioned in addition to the baseline environment study another independent consultant previously completed as part of the permitting process. Civils contractors are currently on site preparing an area for the installation of camp facilities, following which surveyors are due to arrive on site to peg out the location of the well pads and establish other data points of interest to the construction crew.

An estimate of the projected workflow will be provided once contracts have been signed with the drilling contractor and the supplier of the casings etc. needed for this drilling program, the latter being the longest lead item and therefore on the critical path. Indicatively, though, shipments of supplies and equipment to Cuba are reasonably unaffected by COVID management protocols currently in place in Cuba (and in other relevant countries) so this is not expected to have a material impact on the forecast timing of deliveries.

Movement of Key Management Personnel (KMP) internationally is currently complicated, but they are not forecast to be needed in country for several months yet and it is hoped that the situation may have begun to normalise before then. In any case, a contingent plan for KMP travel to Cuba has been developed. In the meantime, Melbana’s highly experienced personnel in Cuba, assisted by a number of contractors, are doing an excellent job managing the preparations for the commencement of drilling operations.

'We are pleased to have commenced field works as it puts us firmly on the path to testing the exciting potential that Block 9 offers our shareholders. We are deeply engaged in planning and preparations and will continue to update the market as significant milestones are passed. Cuba has a prolific hydrocarbon zone and we have invested considerable time and money into better understand the opportunity offered by Block 9. Success would be transformative for our company, almost regardless of the oil price given Cuba’s historically low cost of production, and development of any discovery would be greatly simplified by proximate access to good and existing oil sector infrastructure.'