Gran Tierra Energy, an independent international energy company currently focused on oil and natural gas exploration and production in Colombia and Ecuador, has announced an operations and financial update. All dollar amounts are in United States dollars and all production volumes are on a working interest before royalties ('WI') basis and are expressed in barrels ('bbl') of oil per day ('BOPD'), unless otherwise stated. 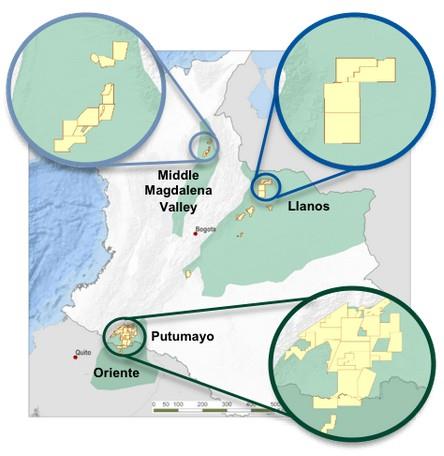 'After the challenges with blockades during the second quarter of 2021, we are very proud of how our teams safely and diligently ramped operations back up throughout our Colombia portfolio. During the third quarter of 2021, with production back up to an average level of approximately 29,000 BOPD and an average Brent oil price of $73.23/bbl, Gran Tierra was able to further strengthen its balance sheet. The fourth quarter of 2021 is off to an even stronger start with the Company's average current production(2) at approximately 30,600 BOPD and Brent2 averaging $81.74/bbl, which has allowed us to pay down Gran Tierra's credit facility balance to $140 million as of October 8, 2021, down $50 million from a balance of $190 million as of December 31, 2020.

With production restored, a successful 2021 drilling program, strong world oil prices and a strengthened balance sheet, we are very excited about the fourth quarter of 2021 and all of 2022.'