Cheiron has announced that the GNN-4 well, which was drilled to appraise the recent GNN oil discovery, has been completed and successfully tested at initial rates of over 2,000 bopd.  The well was drilled as a high angle wellbore from the existing Geisum D platform and has been placed on long term production using the existing field infrastructure. 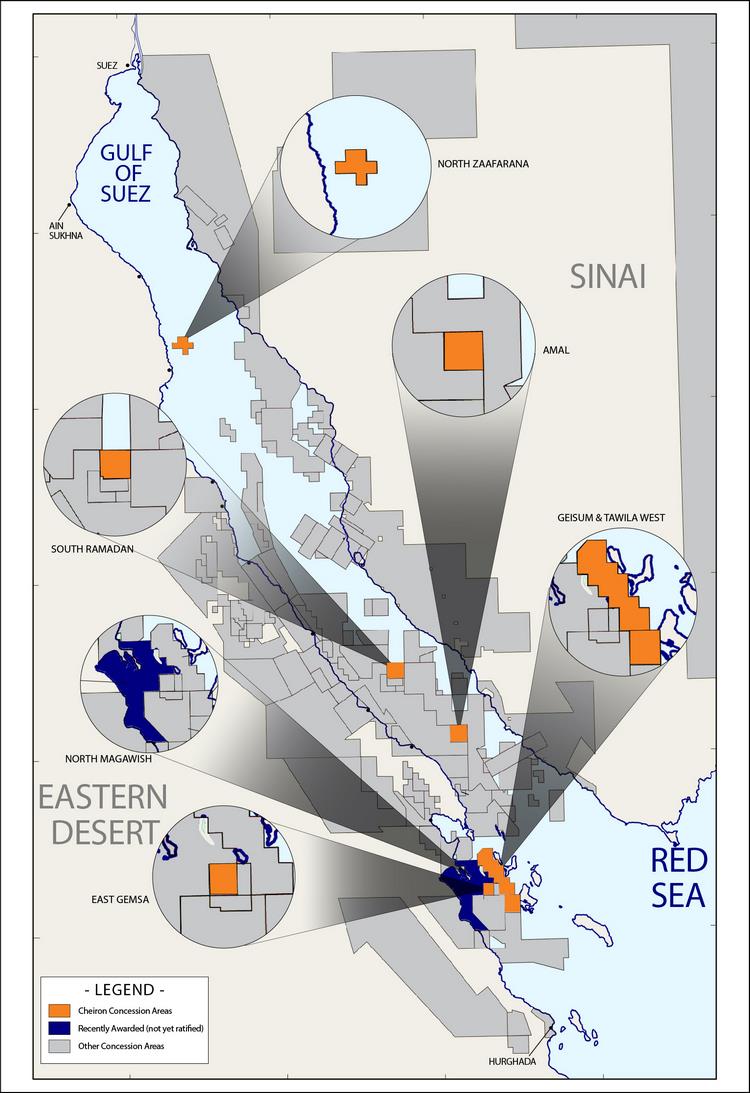 The Concession is managed by a Joint Operating Company owned by the Egyptian General Petroleum Company, Cheiron and Kufpec and called PetroGulf Misr ('PGM') which is technically supervised by South Valley Egyptian Petroleum Holding Company. The Concession contains the mature Geisum oil field (with 32 active wells, extensive offshore infrastructure and onshore plant at Zeit Bay) which has been on production since the 1980s.

GNN was discovered in July 2019 by the GNN-3 exploration well which was drilled in a separate fault block located to the north east of the main Geisum field. The discovery well encountered almost 500 feet of good quality net oil pay in the Nukhul formation and, given the very encouraging well results, a 3 well early production and reservoir appraisal drilling program is underway.

The GNN-4 well will be followed by two further wells to be drilled from the D platform in the southern area of the discovery.  Subsequently, the development focus will shift to the northern area of the discovery where additional drilling is planned, along with the tie-back of the GNN-3 well for early production. The full field development will leverage the existing Geisum facilities to accelerate production and minimize costs and will also involve the installation of new platform and pipeline infrastructure.

The discovery is the first to be made in the Nukhul formation in the Geisum area and will open up further exploration potential, both within the Concession and in the neighboring acreage. It comes after the implementation of an extensive, multi-year exploration and development campaign by PICO GoS and its Partners, designed to maximise the economic reserves recovery from the Concession. From a more regional perspective, the oil find has again demonstrated that, whilst the Gulf of Suez is a relatively mature hydrocarbon province, the region still has significant remaining exploration potential.

Cheiron and its affiliates have been operating in Egypt for almost 30 years and it currently produces around 50 kboepd (approx. 80% of which is from Egypt). The company operates a broad portfolio of producing and development assets in Egypt, in the Gulf of Suez, Western Desert and Nile Delta, and holds international assets Mexico and Romania.