Salah is expected to a reach its targeted depth of approx. 9,000 feet in late March/early April and is targeting gross P50 unrisked prospective resources of c.71 bcfe, as estimated by management.  Salah's primary targets are in the same Kafr el Sheikh and Abu Madi formations that the Company's existing four wells are already producing from.

On completion of Salah, the rig will move to the location of the SD-12X (Sobhi) well, approx. six kilometres to the west, which is targeting gross P50 unrisked prospective resources of c.33 bcfe, as estimated by management.  Sobhi's primary target is also in the Kafr el Sheikh formation at a depth of approx. 7,000 feet. 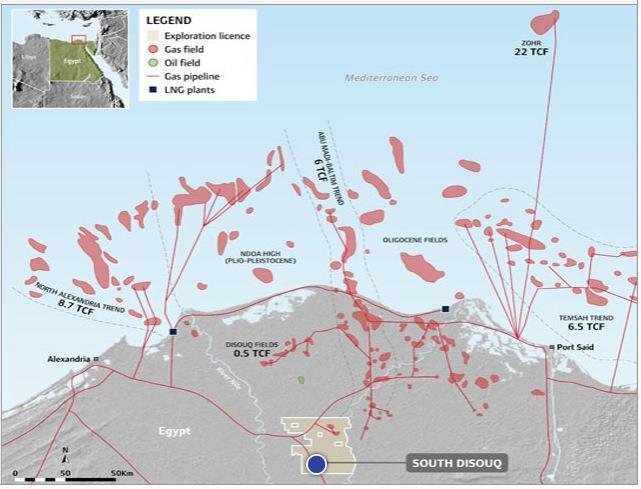 'Salah and Sohbi are very exciting wells for the Company with the potential to more than double the reserves to be processed through the South Disouq gas processing facilities.  We now have three rigs drilling simultaneously in Egypt and Morocco and I look forward to providing further updates on these campaigns in due course.'