AIM-listed United Oil & Gas has provided the following update on the testing of the ASH-3 development well in the Abu Sennan concession, onshore Egypt. United holds a 22% non-operating interest in Abu Sennan, which is operated by Kuwait Energy Egypt.

The ASH-3 development well, a step-out development well in the ASH field, spudded on the 4th January, and reached a total depth (TD) of 4,087m MD (3,918m TVDSS) on 8th February, ahead of schedule and under budget. Logging indicates a  gross hydrocarbon column of 59m in the primary AEB reservoir target, 27.5m of which is estimated to be net pay.

The ED-50 rig will now move to the north of the Licence, close to the producing Al Jahraa field to commence the drilling of the ASD-1X exploration well. This well is targeting the Abu Roash reservoirs in the Prospect D structure and, if successful, can quickly be brought into production. 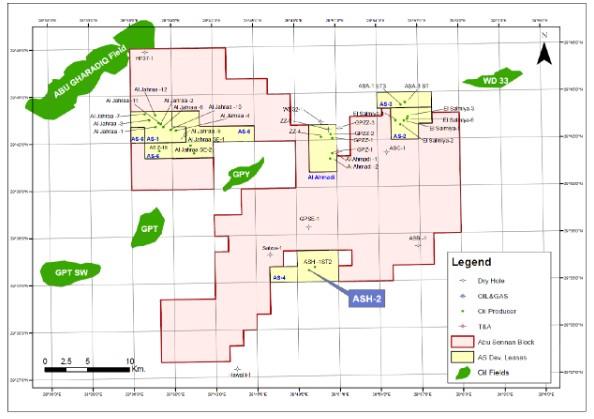 'The ASH field continues to out-perform our estimates and following on from the success of the 2020 drilling programme, this is another excellent drilling result that demonstrates its significant growth potential. This result is a very positive development for the Abu Sennan partnership as a whole, and, when brought on production over the coming days, ASH-3 will provide a significant boost to the concession-wide production rates that averaged 10,500 boepd gross (2,310 boepd net) during January 2021.

'We look forward to the spudding of the forthcoming exploration well and the remainder of our 2021 work program.'