AIM-listed Rockhopper Exploration has provided an update in relation to the previously announced farm-in to the Sea Lion project by Navitas Petroleum. 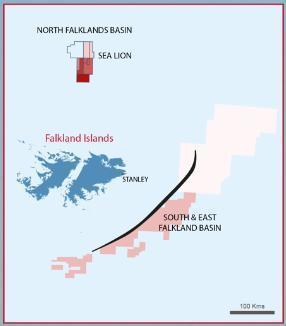 Following the announcement of the proposed merger of Premier Oil and Chrysaor Holdings, Navitas has confirmed that it remains committed to the proposed farm-in. In order to enable the merger to complete and the new management of the combined entity to make a firm decision on the Sea Lion project, Rockhopper, Premier and Navitas have agreed to extend the exclusivity period for the farm-in to the earlier of (i) 30 September 2021; (ii) the execution of definitive transaction documents, or (iii) a decision by Navitas not to proceed with the farm-in. During this period, Rockhopper's share of Sea Lion project costs will continue to be borne by Premier under the same terms as previously announced.

Discussions are also continuing with the Falkland Islands Government around a possible extension to licences PL004 and PL032 which currently expire in May 2021.

'We will work closely with all stakeholders over the coming months to maximise the chance of securing the farm out and project sanction of Sea Lion. We believe that the opportunity to invest in a 500 million barrel fully appraised and engineered project with material additional upside at this point in the cycle presents a compelling opportunity, and one which would lead us towards unlocking the value within the project long-awaited by all stakeholders.'