VAALCO Energy has provided an update on the successful completion of its 2019/2020 drilling program in the Etame Marin Block, located offshore Gabon, as well as an operational update. 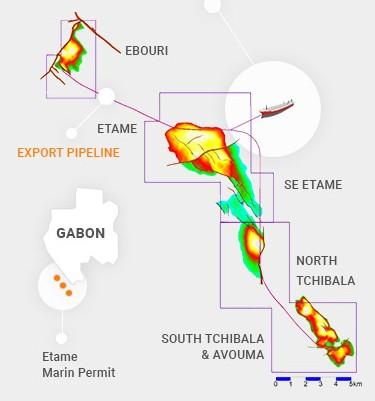 'We are proud of the highly successful 2019/2020 drilling campaign in which we have drilled and brought online three development wells and drilled two successful appraisal wellbores that confirmed additional resources to exploit from this quality asset.  The drilling campaign has been transformational for VAALCO and has added meaningful production and cash flow with minimal increase in operating costs.  This has helped to improve our margins and drive our operational breakeven down to $31 per barrel of realized pricing.  Following the completion of the South East Etame 4H well, we began the planned workover on the South East Etame 2H well to replace ESPs.  We expect to bring the South East Etame 2H well back online around the end of March, which should restore production of approximately 2,400 gross BOPD.'

'Our lowered operational breakeven, strong hedge position and increased production has enabled us to establish a solid financial footing which puts us in a stronger position to navigate the current low price oil environment.  With that said, the global pandemic and energy industry events that began in late February of 2020 have been unprecedented and caused significant uncertainty across the oil sector with regards to outlook and budgets.  The world is battling COVID-19 which has disrupted our everyday lives and negatively impacted the worldwide economy.  As of right now, VAALCO’s operations have not been disrupted, and we have managed through the logistical challenges that we have faced since the outbreak.  VAALCO has contingency plans in place in the event that we are directly impacted, and we continue to put the safety of our workers and local stakeholders first.  We remain committed to generating long-term value for our shareholders by focusing on capital efficiency, controlling costs and optimizing production.'

After installing production equipment, the South East Etame 4H well was brought online at an initial rate of approx. 2,200 gross BOPD, (600 BOPD NRI to VAALCO), with no H2S which is at the high end of the February 2020 pre-drill initial production rate of 1,200 to 2,500 gross BOPD (325 to 675 BOPD NRI to VAALCO).  The well was drilled and completed as planned, with no safety or environmental incidents.