Petrobras' Board of Directors approved, on Wednesday (11/24), the Strategic Plan for the five-year period 2022-2026 (PE 2022-26). Over the next five years, the company foresees investments of $68 billion, an amount 24% higher than the same period of the previous plan.

'Petrobras maintains its consistent strategy of focusing on projects with full potential to generate resources and contributions to Brazilian society. We prioritize turning resources into wealth for the country while following a sustainable path towards energy transition. We have expanded our investment forecast for the coming years and we are doing this with great responsibility and diligence in allocating resources,' said Petrobras CEO Joaquim Silva e Luna.

In the E&P segment, US$ 57 billion will be invested between 2022 and 2026. For this period, 15 new platforms will start operating in six fields, with a change in the strategy of contracting chartered units for own units in some of the projects.

The premise highlighted in the past plan of resilience of the E&P investment portfolio was maintained, so that all projects considered are economically viable in an oil price scenario of US$ 35 per barrel in the medium and long term. This premise reinforces Petrobras' focus on competitive assets in accelerated transition scenarios.

The oil and gas production estimated for 2022 and 2026, respectively, are 2.7 and 3.2 million barrels of oil equivalent per day.

In the Refining area, Petrobras will invest $6.1 billion over the next five years, from which $1.5 billion will be invested in the integration between the Duque de Caxias Refinery (Reduc) and GasLub Itaboraí, to produce high-quality derivatives and base oils, in order to take advantage of the growing demand of the lubricants market.

Another important project provisioned in the plan is the conclusion of the second unit of the Abreu e Lima Refinery (Rnest), with investments of $1 billion, making it possible to increase its production from 115,000 to 260,000 barrels per day (bpd) in 2027.

For Commercialization and Logistics, the investment of $1.8 billion is aimed mainly at operational continuity, focused on an increasingly competitive environment, with emphasis on the mandatory investments to be allocated to the Santos Terminal, due to the auction of the area held recently.

The $1 billion investment foreseen for the Gas & Energy area includes, mainly, the conclusion of the Itaboraí Gas Treatment Unit (GTU), which is expected to start operating in 2022, as well as maintenance and programmed shutdowns of the assets.

Petrobras' vision, in the approved plan, is to "be the best energy company in value generation, focused on oil and gas, sustainability, safety, respect for people and the environment.

The inclusion of sustainability in the vision is reflected in the investment of $2.8 billion for the reduction of emissions, including investments in operational efficiency incorporated in the projects for emissions mitigation (scopes 1 and 2), bioproducts (renewable diesel and aviation biokerosene) and research and development.

All these projects will contribute to the ambition announced in September by Petrobras to achieve greenhouse gas emission neutrality in the operations under its control, in a timeframe compatible with that established by the Paris Agreement.

Petrobras also has a strategy to use its innovative potential to generate solutions in decarbonization and new business lines. To this end, investments are planned in the Digital Transformation and Innovation area of around $1.6 billion over the 2022-26 PE horizon, focusing on efficiency, environmental compliance, operational safety, and commitments to sustainability.

All projects foreseen in the Plan will be executed following best practices in governance and compliance. The company reaffirms its commitment to adopt a governance model that allows a balance between efficiency and control; and to promote an environment of reference in ethics and transparency, consolidating the culture of integrity among employees, with zero tolerance for fraud and corruption.

Today, the company acts with integrity and its decisions consolidate its financial health as well as ensure the company's sustainability.

'This plan reinforces the importance of a strong, healthy and resource-generating Petrobras. In 2021, it is estimated that more than R$ 220 billion will be generated from taxes paid and dividends paid to the Union and other federative entities. We will generate more and more resources that are not retained in the company's cash flow, but that return to society in the form of taxes, dividends, and investments, with a multiplying effect on job creation and on the growth of the Brazilian economy. The plan's horizon provisions payments of government participations, taxes, and dividends to the Federal Government representing about 58% of our operating cash generation. This means that a large part of the cash generation from our operations returns to our largest shareholder, which is the Brazilian State', concludes CEO Silva e Luna. 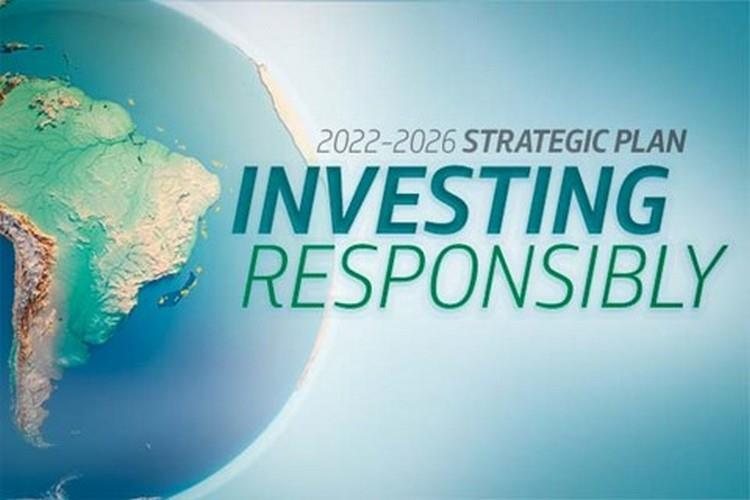