SOCAR takes over operatorship of the South Caucasus Pipeline 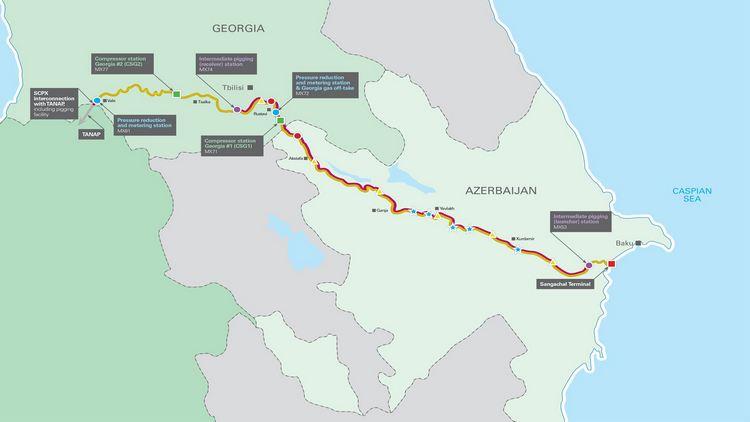 The transfer covers the operation of all dedicated SCP facilities in Azerbaijan and Georgia. The facilities that are common to both the Baku-Tbilisi-Ceyhan (BTC) pipeline and SCP will continue to be operated by bp in its capacity as common operator. There is no change to the operatorship of the Sangachal Terminal, BTC or the Western Route Export Pipeline (WREP) which will all continue to be operated by BP.

SOCAR and bp will continue to work together during 2020 to effectively implement all aspects of the transition process.

'As an SCPC shareholder, we have always been pleased with the safety of SCP operations, which have been among the best in the industry. We would like to thank bp for their excellent partnership and operatorship. As the new technical operator we will use our successful international experience and work closely with all of our partners to sustain the high level of safety, reliability and environmental performance of SCP.'

'We welcome SOCAR as the new technical operator of SCP. As the biggest shareholder in Shah Deniz and SCPC, we remain committed to working with SOCAR to ensure continued safe and reliable operation of the pipeline.

'We believe SOCAR has great experience of safe and efficient project delivery. This was demonstrated during the four years of successful construction followed by the safe operation of TANAP. In addition, SOCAR has been a very effective commercial operator of SCP for nearly five years now. We remain committed to helping SOCAR in the planned management of change process to ensure that the transition is completed safely and with no impact on the overall gas transportation operations.

'We are proud of our staff and workforce whose commitment and dedication have been key to the excellent safety performance of the entire export system. We are confident that with the transfer of operatorship the same level of commitment to safe operations and the high quality of capabilities of the staff will continue'.

According to the SCP web site, The South Caucasus Pipeline (SCP) is a 692 km long (443 km in Azerbaijan and 249 km in Georgia) and 42 inch diameter pipeline. The pipeline was built to transport natural gas from Shah Deniz field to Georgian-Turkish border. First gas to Turkish border was delivered in 2006. In order to have minimal impact on environment, SCP was built in the same corridor as Baku-Tbilisi-Ceyhan pipeline. The pipeline is owned by 'South Caucasus Pipeline Company'. The annual transportation capacity is 7.41 bcm.