ExxonMobil has made its final investment decision to proceed with the Payara field offshore development in Guyana after receiving government approvals. Payara is the third project in the Stabroek Block and is expected to produce up to 220,000 barrels of oil per day after startup in 2024, using the Prosperity floating production, storage and offloading (FPSO) vessel. 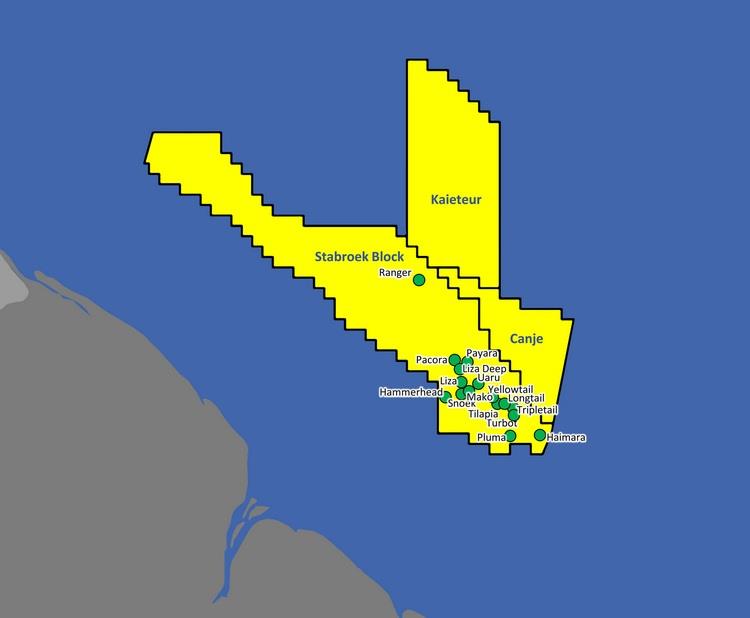 Payara is located in the Stabroek Block, offshore Guyana

The $9 billion development will target an estimated resource base of about 600 million oil-equivalent barrels. Ten drill centers are planned along with up to 41 wells, including 20 production and 21 injection wells.

'ExxonMobil is committed to building on the capabilities from our Liza Phase 1 and 2 offshore oil developments as we sanction the Payara field and responsibly develop Guyana’s natural resources,' said Liam Mallon, president of ExxonMobil Upstream Oil & Gas Company. 'We continue to prioritize high-potential prospects in close proximity to discoveries and maximize value for our partners, which includes the people of Guyana.'

ExxonMobil’s first offshore Guyana project, Liza Phase 1, began producing in late 2019, well ahead of the industry average for development time. Liza Phase 2, remains on track to begin producing oil by early 2022. It will produce up to 220,000 barrels of oil per day at peak rates using the Liza Unity FPSO, which is under construction in Singapore.

ExxonMobil is evaluating additional development opportunities in the Stabroek Block, including Redtail, Yellowtail, Mako and Uaru resources, and plans to have five drillships operating offshore Guyana by the end of this year.

As new projects proceed, investment in the Guyana economy increases. More than 2,000 Guyanese are now supporting project activities on and offshore, a 50 percent increase since 2019. ExxonMobil and its prime contractors have spent over $300 million with more than 700 local companies since 2015. More than 2,500 Guyanese companies are registered with the Centre for Local Business Development, which was founded by ExxonMobil and its co-venturers in 2017 to build local business capacity to support global competitiveness.

The Stabroek Block is 6.6 million acres (26,800 sq kms) with current discovered recoverable resources estimated at more than 8 billion oil-equivalent barrels. The 18 discoveries on the block to date have established the potential for at least five FPSO vessels producing more than 750,000 barrels of oil per day by 2026.