Oilex has announced substantial progress has been made towards the Company’s strategic objective to regain a participating interest in the West Kampar PSC in Indonesia, which is expected to lead, subject to financing, to recommencing production from the Pendalian oil field. 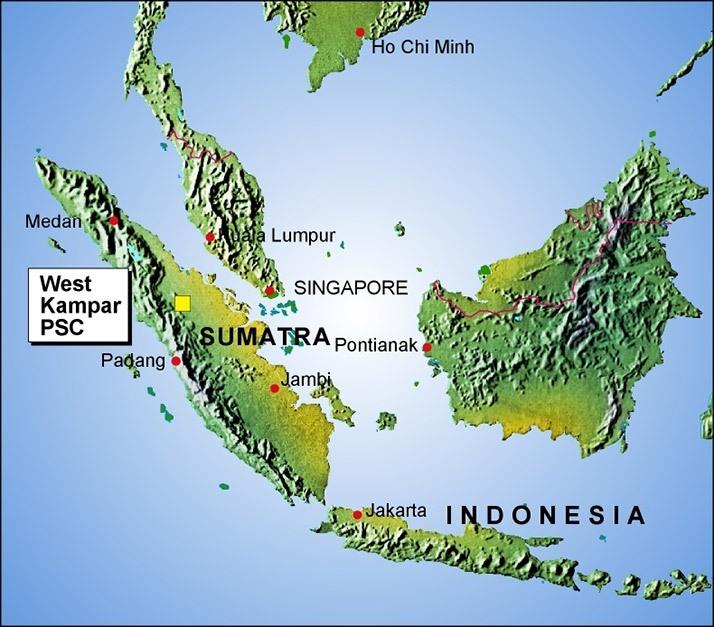 Following various meetings and correspondence with the Government of Indonesia (GoI) and with the support of our local Indonesian partner, the GoI has advised that the Company's Proposed Direct Bid, through the Joint Study of the West Kampar Region, is declared administratively complete and have recorded it as a proposal for a Direct Offer through a Joint Study as stipulated in ESDM Regulation No. 35 of 2008.

This confirmation from the GoI, which is exclusive to Oilex, provides a pathway to conduct the Joint Study on the proposed development of West Kampar which will then provide certain preferential rights in the ultimate award of the West Kampar PSC by the GoI. Oilex’s interest in the study and ultimate potential award of the PSC will be on a 50-50 joint basis with its local Indonesian partner, PT Ephindo.

Further information will be provided when it becomes available. 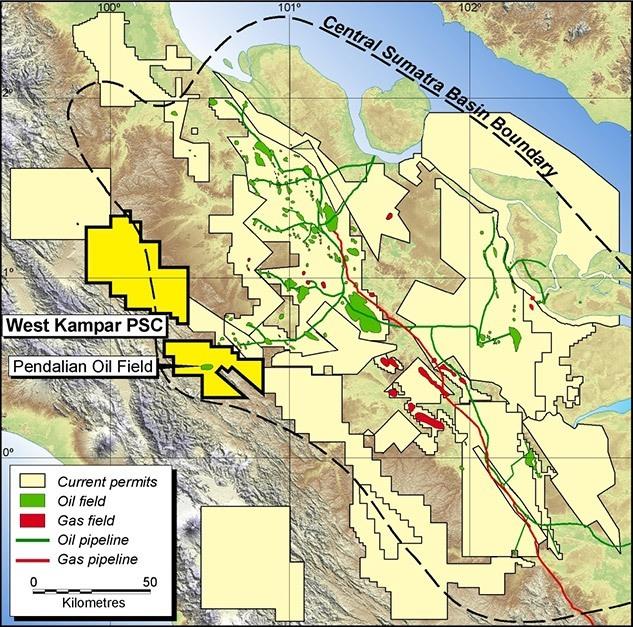 The West Kampar PSC, covering some 900 sq kms, is located in central Sumatra, adjacent to the most prolific oil producing basin in Indonesia. In 2007 Oilex farmed into the PSC for a 45% Participating Interest (PI).The operator for the joint venture was Indonesian company Sumatera Persada Energi (SPE). In the same year, the joint venture successfully drilled an appraisal well on the earlier discovered Pendalian oil field confirming oil flow at commercial rates. In 2008 Oilex signed a second farmin agreement to earn an additional 15% in the PSC.Oilex contributed funds to the joint venture account under both of these farmin arrangements.With increasing concerns related to the operator’s performance, Oilex terminated the second farmin in 2009, requesting repayment of the relevant funds.Subsequently Oilex served a default notice on the operator and commenced arbitration against SPE’s parent company in the ICC International Court of Arbitration in Singapore.In 2010 the arbitration tribunal ruled in favour of Oilex, instructing SPE’s parent company to return funds to Oilex with interest along with arbitration and legal costs.While the arbitration was registered in the Indonesian courts, the enforcement of the tribunal’s award proved to be unachievable to date.

Between 2010 and 2016, SPE produced and sold close to 700,000 barrels of oil, with no entitlements returned to Oilex.The operator failed to call any joint venture meetings nor did it provide work program, budgets, data or reports.In late 2016, SPE was declared bankrupt and Oilex submitted its claims as a creditor to the Curator (liquidator).In 2018, the GoI elected to withdrawthePSCfollowing whichOilex made a number of representations to the GoIin support of its application to be re-awarded the PSC and to restart production from Pendalian and also to re-evaluate the exploration potential of the West Kampar.

Technical work carried out by Oilex and its advisors estimate that the field can be quickly brought back online at 350 to 400 bopd and that significant additional production potential may be possible from infill drilling and also water injection support. The return to production will require careful execution in the field given that it has been shut in since 2016. The oil occurs in five good quality, stacked reservoirs with some stratigraphic complexity, and the application of 3D seismic data which has been acquired but not interpreted, should provide a significant improvement in the understanding of the reservoir distribution and future development planning. Access to the data is to be negotiated with the seismic company that acquired it. The oil is good quality with no or little gas.It is believed that the previous production costs can be reduced.A number of exploration opportunities are present both close to the Pendalian field and in the more distant parts of the block, these require further review evaluation.