Energean has announced that it has taken Final Investment Decision ('FID') on the Karish North gas development, offshore Israel, 21-months after the announcement of the discovery. 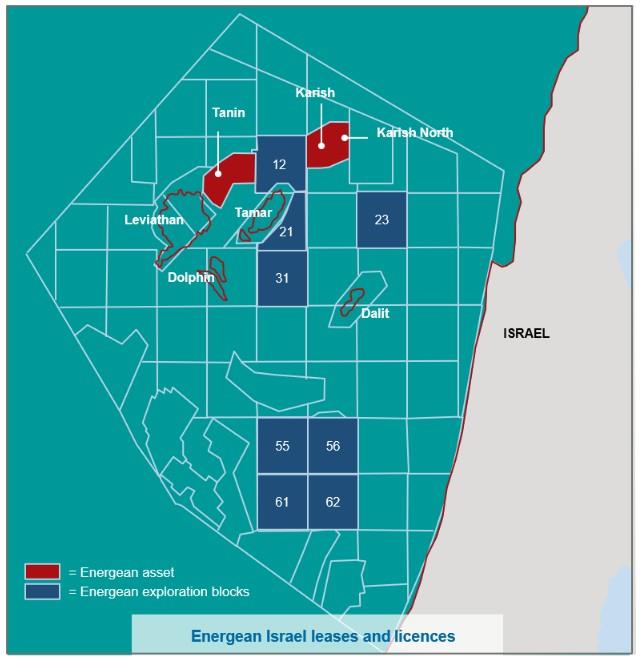 In November 2020, DeGolyer and MacNaughton issued an independent Competent Persons Report that, inter alia, certified 2P reserves of 32 Bcm of gas plus 34 million barrels of liquids (approx. 241 million barrels of oil equivalent in aggregate) in Karish North as at 30 June 2020. The discovery will be commercialised via a low-cost tie-back to the Energean Power FPSO, which will be just 5.4km away. Production from the first well at Karish North is expected to be up to 300 mmscf/d (approx. 3 Bcm/yr) and first production is expected during 2H 2023. Initial capital expenditure in the project is expected to be approx. $150 million, or $0.6/boe; and Energean estimates that the project will deliver IRRs inexcess of 40%.

On 13 January 2020, Energean signed an 18-month, $700 million term loan facility agreement with J.P. Morgan AG and Morgan Stanley Senior Funding, Inc., the primary uses of which will be:

Additional uses of the loan are:

The Loan will only be drawn to the extent necessitated and drawn amounts will attract a margin of 5.75%, which steps up by 0.25% every three months, with a maximum of 7.00%. The Loan has been sized to cover the cost of associated fees and interest. Energean maintains its target to retain its medium-term net debt / EBITDAX ratio below 2.0x

On 13 January 2021, Energean also agreed with the existing lenders of its $1.45 billion project finance facility to extend the maturity by nine months, from December 2021 to September 2022. Combined with the above Loan, the extension to the maturity date of the project finance facility provides Energean the necessary time and flexibility to optimise its long-term capital structure. This is expected to take place in 2021, depending on market conditions.

'I am delighted that we have taken Final Investment on Karish North, proving the value of the Energean Power FPSOas a quick and low-cost commercialisation route for our assets in Israel. We are also increasing the liquid processing capacity of our FPSO to process the additional volumes we discovered for minimal incremental cost.

The new term loan and the extensionof our project finance facility are a further testament of the confidence of the financial markets in Energean and I want to thank all the institutions for their support. We remain committed to optimising our capital structure to ensure that we maximise total shareholder returns whilst implementing our growth ambitions in Israel and the East Med.

We remain on track to achieve our goal of delivering meaningful free cash flows that will support the payment of a sustainable dividend whilst also moving towards our stated target to achieve net zero emissions.'