AIM-listed Global Petroleum has announced that the European Court has found, in effect, that the Company’s four Permit Applications offshore Italy in the Southern Adriatic do not contravene EU law.

The Company announced in July 2019 that the Region of Puglia had appealed to the Council of State, the highest level of appeal in Italy, against the judgements at first instance of the Administrative Tribunal in Rome and/or the President of the Republic in relation to the Permit Applications. These judgements related to the four Environmental Decrees (one for each Application) issued in favour of Global by the relevant Ministerial Authorities at different times.

The Company subsequently announced, in February 2020, that the Council of State had suspended the proceedings before it and referred the matter to the European Court (‘Court’), requesting the Court to rule whether the four Permit Applications contravened a relevant EU Directive (Directive 94/22) relating to the maximum permissible size of individual permits, in particular having regard to the fact that the Permit Applications are contiguous.

According to the Court, 'national legislation which lays down an upper limit on the size of the area that may be covered by a hydrocarbon exploration permit, but does not expressly prohibit granting the same operator more than one permit for adjacent areas that together cover an area exceeding that limit, conforms to EU law.

However, the Court makes that finding subject to two conditions: first, such a grant must be capable of ensuring the best possible exercise of the exploration activity concerned, from both a technical and economic point of view, and the achievement of the objectives pursued by Directive 94/22. Second, in the context of the environmental impact assessment, the national legislation must take into account the cumulative effect of projects likely to have significant effects on the environment, presented by that operator in its applications for hydrocarbon exploration permits.'

Accordingly, the Company intends to consult with its advisers regarding the best way forward.

The summary judgement of the Court may be read here

In the wider context, the moratorium on hydrocarbon exploration activities in Italy expired in the latter part of 2021. Global is advised that the Commission appointed by the Government in parallel with the moratorium has completed its deliberations and that the Hydrocarbon Plan for future exploration and development (known as PITESAI) will be published shortly. The Company will make a further announcement thereafter. 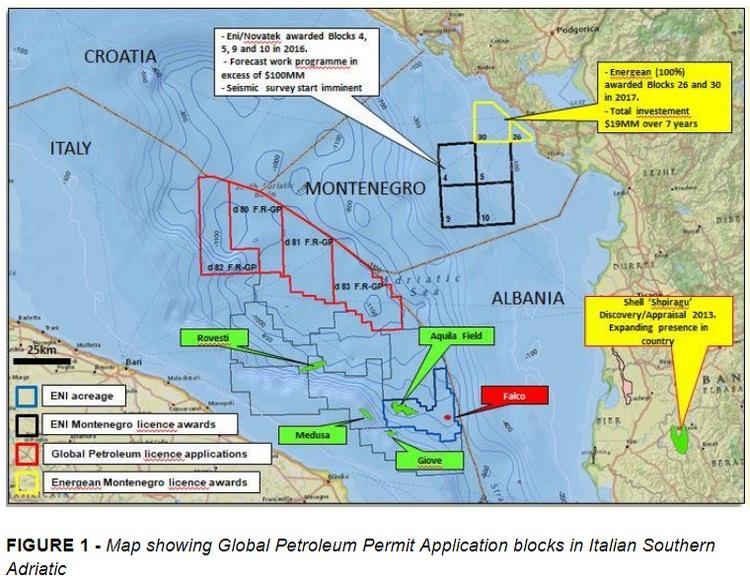