Japan Petroleum Exploration (JAPEX) has announced that the production of heavy crude oil has commenced from the Takinoue Formation (hereinafter 'the shallow reservoir'), which is located above the current producing reservoirs of the Yufutsu oil and gas field at Tomakomai City, Hokkaido.

The presence of crude oil in the shallow reservoir was confirmed by a production testing in 2013, and sinceeconomic viability was secured by workover of existing wells and diversion of idle production facilities, we decided the development of the shallow reservoir in June 2017(*). Subsequently, workover of the existing wells, installation of production equipment for wellheads and the processing facilities for heavy oil were being conducted, and after completion of production testing and commissioning in June 2020, commercial production of crude oil began today.

The impact of this matter on the consolidated financial results for the fiscal year ending March 31, 2021 has already been factored into the full-year earnings forecast disclosed on May 14, 2020.

(*) Refer to 'Commencement of Oil Development of a Shallow Reservoir of Yufutsu Oil and Gas Field in Hokkaido' announced on July 22, 2017. https://www.japex.co.jp/newsrelease/pdfdocs/JAPEX20170622_YufutsuShallowFormationDevelopment_j.pdf (in Japanese) 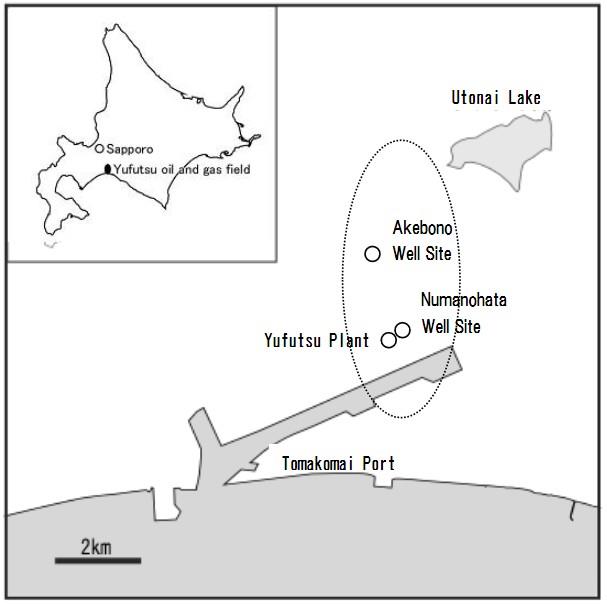 Map of the Yufutsu Oil and Gas Field and its main sites (Source: JAPEX)