Africa Oil has provided an update on its Kenya development project, incorporating Blocks 10BB and 13T, including a higher plateau production rate and an independent resources evaluation.

Over the past year, Africa Oil and its JV Partners (Tullow Oil and Total Energies) have completed the redesign of the Project Oil Kenya to ensure it is technically, commercially and environmentally robust. A higher oil production plateau of 120,000 barrels of oil per day is now planned with expected gross oil recovery of 585 million barrels of oil ('MMbbl') over the life of the field(1). This resource position has been audited by external independent auditor, Gaffney, Cline & Associates ("GaffneyCline"). Africa Oil's best (2C) development pending contingent resource on a net working interest basis, derived from GaffneyCline's report is 93 MMbbl(2). The estimated unrisked(3) post-tax net present value, using a 10% discount rate ('NPV10'), of $577 million is attributable to Africa Oil's net 2C development pending contingent resource base.

Africa Oil and its JV Partners have presented a draft Field Development Plan ('FDP') to the Government of Kenya (GoK) ahead of the plan to submit a finalised FDP by the end of 2021, in line with licence extension requirements provided by the GoK in December 2020. Africa Oil and its JV Partners continue to work collaboratively with the GoK on land and water access and on the necessary commercial agreement and are waiting on the final approval of the Environmental and Social Impact Assessment ('ESIA') from the regulatory authorities.

At the same time Africa Oil and its JV Partners are actively seeking strategic partners for the project. Based on the revised plan, Africa Oil believes that this project is an attractive commercial prospect for investors looking to access the East Africa oil and gas sector in both the upstream and midstream. It is intended that a strategic partner will be secured ahead of a Final Investment Decision ('FID'). 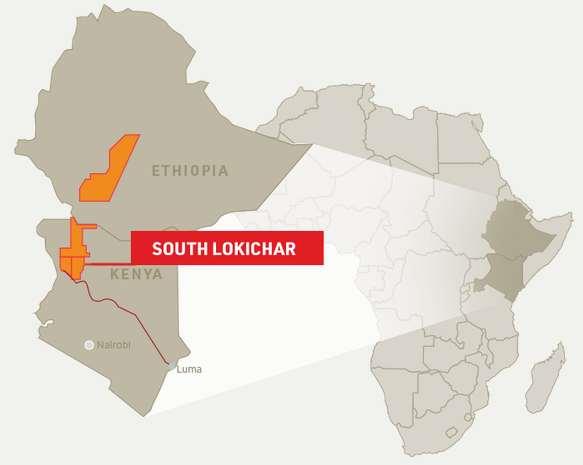 Africa Oil President and CEO, Keith Hill, commented on the statement of resources:

'Together with our JV partners we have made significant progress in redesigning and optimizing Project Oil Kenya. Compared to the previous field development plan, we have a more economically robust project, which I am confident is more attractive to potential new partners. We will continue to work with our JV partners and the government of Kenya towards the final investment decision and I am pleased that our interests are fully aligned on what is a strategically significant project for Kenya.'

The key changes to the development concept have been driven by:

Total gross capex to First Oil is expected to be c.$3.4 billion, comprised of c.$2.0 billion for the upstream and c.$1.4 billion for the pipeline. This capex estimate is based on bids and FEED updates from contractors. Capex to First Oil has increased from the previous project design, reflecting the increase in resources targeted in the first phase and the associated increase in wells and infrastructure to achieve this. Over the life of the field, the revised project has reduced the overall unit cost to c.$22/bbl (previously c.$31/bbl). The combination of the above leads to an optimal project that delivers more economic barrels within the license period and greater flexibility to incrementally add additional fields into production without significant infrastructure modifications.

Africa Oil and its JV Partners have also taken the opportunity of this review to improve the environmental and social aspects of the project. Carbon emissions will be limited through a combination of heat conservation, use of associated gas for power and reinjection of excess gas into the reservoir. Further, there are opportunities to use the Kenyan power grid that is powered by renewables sources and options to offset remaining emissions. As per the previous development plan, the pipeline from Turkana to Lamu will be buried and the Turkwell Dam will supply water for the project and to local communities. This project would also be Kenya's first oil & gas development and would represent a stable, long-term source of income for the GoK.

Simultaneously to the development, an exploration and appraisal plan will be put in place to ensure the remaining discoveries are efficiently developed. This will extend and sustain initial plateau rates whilst keeping costs low by leveraging the rigs used for development drilling. Future phases will also focus on additional exploration potential within the 10BB/13T licenses and bringing the 10BA license acreage into production.

(1) 100% of the volumes estimated to be recoverable from the project over the life of the field, in the event that development goes ahead.

(2) Contingent resources net to AOC are AOC's net working interest fraction of gross resources, assuming GoK will exercise its back-in rights, leaving AOC with a 20% share in Block 10BB and a 19.375% share in Block 13T when a development license is awarded.

(3) The volumes and NPV10 reported here are "unrisked" in the sense that no adjustment has been made for the risk that the field/project may not be developed in the form envisaged or not at all.

(4) All dollar amounts in this press release are U.S. Dollars unless otherwise indicated.