Lebanon's much-delayed search for offshore oil and gas is set to begin on Thursday with the results from its first exploratory well expected in the next two months, the chairman of the Lebanese Petroleum Administration (LPA) said.

Lebanon is on the Levant Basin in the eastern Mediterranean, where a number of big sub-sea gas fields have been discovered since 2009, including the Leviathan and Tamar fields located in Israeli waters near the disputed marine border with Lebanon.

The first well is to be drilled in Block 4, with wells in Block 9, close to the Israeli-Lebanese border, later this year.

Total announced in February 2018 that a Total-led international consortium (Total 40%, Eni 40%, Novatek 20%) and the government of Lebanon had signed two Exploration and Production Agreements covering Blocks 4 and 9 located offshore Lebanon, in the eastern part of the Mediterranean Sea. The agreements provide for the drilling of at least one well per block in the first three years. The blocks were awarded as part of the 1st offshore licensing round, launched by the Lebanese government in January 2017. 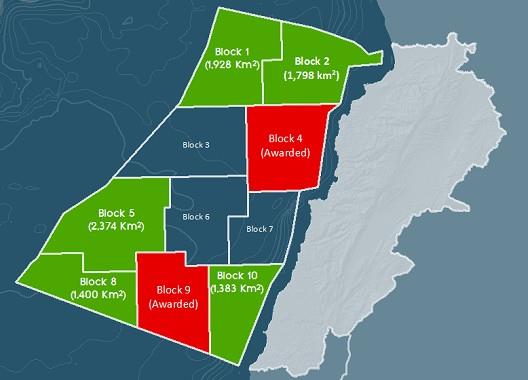