Predator Oil & Gas Holdings has provided an update on its drilling plans for the Guercif Permits I, II, III and IV onshore Morocco. Predator (75%) operates Guercif in joint venture with the Office National des Hydrocarbures et des Mines ('ONHYM') acting on behalf of the State (25%).

Predator Gas Ventures ('PGVL'), a wholly owned subsidiary of the Company, has entered into a Rig Option Agreement with Star Valley Drilling, a Canadian drilling company currently undertaking an extensive drilling programme for SDX Energy in the Rharb Basin west of the Guercif using its Rig No. 101.

The Option is to 31 January 2020, unless otherwise mutually agreed by the Parties, to allow for negotiation and execution of a legally binding Rig Contract.

The Rig Option Agreement provides for a rig mobilisation date within a window commencing 15 March 2020 and ending 30 April 2020 unless otherwise agreed by mutual consent of the Parties.

The initial drilling programme shall comprise the drilling of the Moulouya-1 Prospect, subject to all regulatory consents and approvals, to a depth of 2,000 metres. The drilling rig mobilisation and drilling operations are expected to take up to 30 days.

Completion of the first well will release US$ 1 million of PGVL's US$ 1.5 million bank guarantee with ONHYM, subject to final delivery of all the data from the well to ONHYM.

At PGVL's sole option, and subject to ONHYM approval and all regulatory consents being received, PGVL shall have the option to extend the drilling programme by the drilling of either an appraisal well, if required, or a follow-up exploration well to a depth of 2,000 metres to capitalise on significantly reduced mobilisation and well services costs attributable to having an active rig available for immediate use.

A further update in 2020 will be given on the progress of the finalising of the commercial terms for the Rig Contract which will include PGVL's contribution to mobilisation and demobilisation costs. 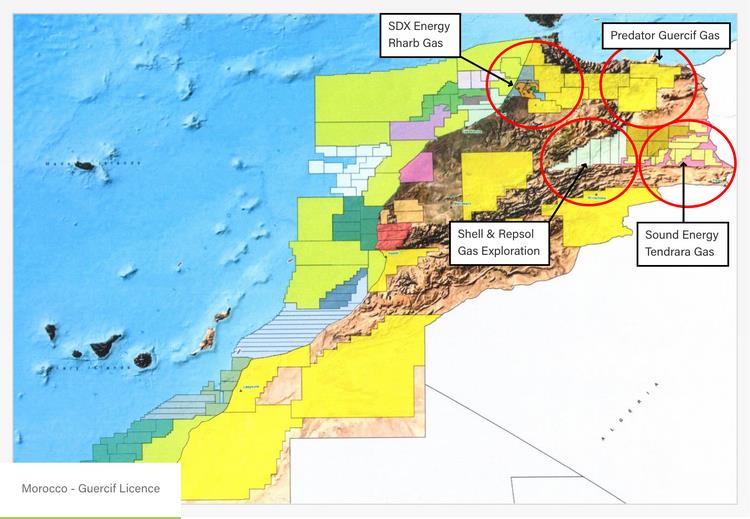 'This is another significant step in the Company's strategy to develop shallow gas in Morocco adjacent to infrastructure as a greener contribution to reducing Morocco's carbon footprint. Morocco is re-entering an exciting period of sustained drilling activity for gas, with a 12-well drilling programme having commenced in the Rharb Basin to the west and other potential wells being considered  to the south of us, where several companies are hoping to evaluate Triassic Tagi gas potential . The Company's gas prospects are located at the central core of this activity and the Guercif licence area offers us attractive running room with multiple prospects and leads to test all the gas plays currently being evaluated for drilling around us.'