BW Kudu, a wholly owned subsidiary of BW Energy and the National Petroleum Corporation of Namibia (NAMCOR) have signed a Farm-In and Carry Agreement. The agreement increases BW Kudu’s working interest in the Kudu license offshore Namibia from 56% to 95% in line with previously disclosed intentions. NAMCOR will retain the remaining 5% working interest. 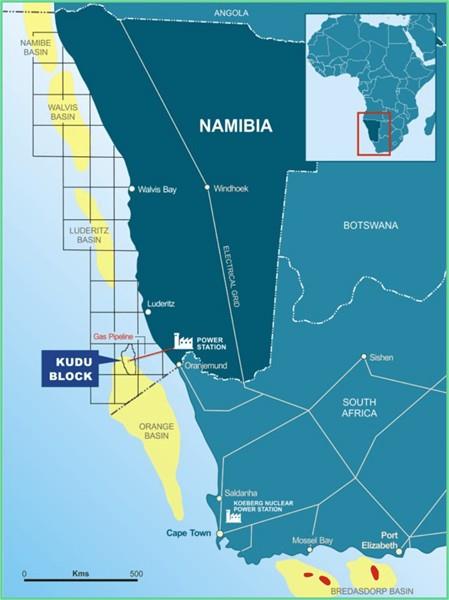 The agreement is subject to the approvals of BW Kudu’s and NAMCOR’s Boards as well as Namibian regulatory authorities. The agreement gives NAMCOR the opportunity to acquire an additional 5% working interest post first gas, while BW Kudu will pay USD 4 million at completion of the transaction and carry NAMCOR’s share of development costs until first gas.

'Kudu gas is an important project for the energy sector and for Namibia. It has the potential to provide a valuable contribution to Namibia’s energy mix and local value creation by monetizing stranded gas which is an untapped natural resource in Namibia. The next step for the Kudu joint venture will be to secure long-term commercial gas sales agreements, update the development plan to meet offtake needs and ensure robust financial project returns', said Carl K. Arnet, the CEO of BW Energy.

The Kudu gas field is located about 130 km offshore the southern parts of Namibia. It contains an estimated 1.3 TCF of gas (P 50) and was discovered in 1974. The new arrangement will enable gas sales arrangements and increases the likelihood of securing financing for the upstream Kudu development.

NAMCOR's Managing Director, Immanuel Mulunga, said the Kudu project may become the first ever oil and gas development offshore Namibia: 'It represents an opportunity to reduce carbon emissions and strengthen energy independence for Namibia, which currently imports a major part of its electricity from coal fired power plants outside of the country. I am confident this development will inspire increased exploration initiatives in other licence areas in the country.'

'Developing Kudu will provide insights which can be used to unlock similar abundant stranded gas reserves available around the world. Adding cost efficient gas to the energy mix of tomorrow is going to be vital to reach the world’s environmental targets,' Carl K. Arnet added.