AIM-listed Global Petroleum has announced an updated estimate of Prospective Resources for PEL0094 (Block 2011A), offshore Namibia, after interpretation of the 3D seismic data survey recently licensed from the Namibian State Oil Company, NAMCOR, which also holds a carried interest of 17% in the Licence. Global holds a working interest of 78% and is operator.

A total of 881 million barrels of unrisked gross Prospective Resources (Best Estimate) has been estimated in PEL0094 in two prospects, of which 687 million barrels are net to Global. These are detailed in Table A and have been classified in accordance with the Society of Petroleum Engineers Petroleum Resources Management System (SPE-PRMS), and have been estimated using a probabilistic method. The Prospective Resources are based on the 3D and 2D seismic data and geological information, including analogues, to which Global has access.

As expected, the interpretation of the 3D seismic data has led to increased confidence in the two prospects previously identified, Marula and Welwitschia Deep.

The Marula prospect is a distal pinchout of Cretaceous sandstones onto the Welwitschia high. Global's interpretation of the 3D seismic data has revealed a significant amplitude anomaly whose down-dip edge conforms with structure, which has resulted in the geological chance of success of Marula being increased from 8% to 18%.

The Welwitschia Deep prospect has also been confirmed by interpretation of the 3D seismic data and the Albian carbonate reservoir has Best Estimate unrisked gross prospective resources of 671 million barrels of oil (523 million barrels net to Global) with a geological chance of success of 17%.

Further details can be found in the updated Corporate Presentation on Global Petroleum's website. 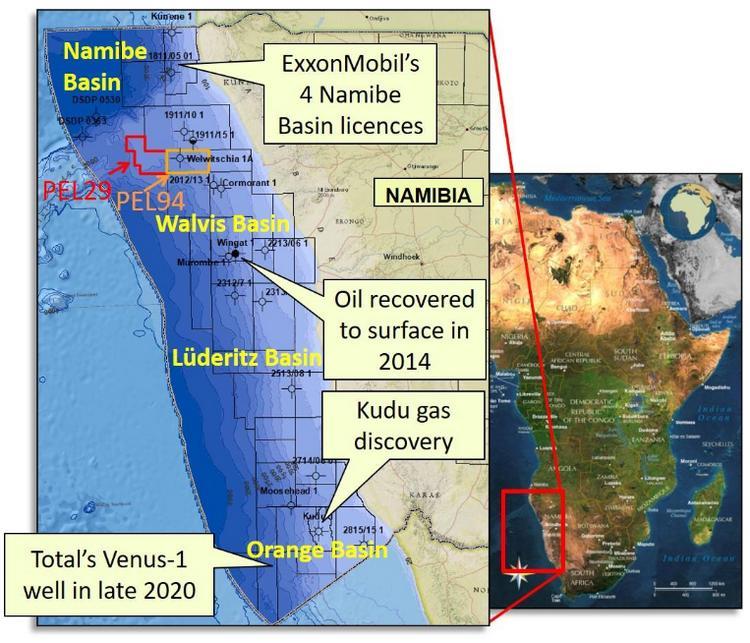 'As reported in March this year, we were very pleased to come to an agreement with NAMCOR to licence the existing 3D seismic data on Block 2011A in return for extra equity in the Licence, thus conserving the Company's cash resources. Our experienced technical team has carried out a comprehensive re-interpretation of the 3D data. This work has reinforced our existing view that the acreage is highly prospective, both by confirming Resource estimates and by significantly increasing the chance of success of the Marula prospect.'