AIM-listed Global Petroleum has announced its updated estimate of Prospective Resources for PEL0094 (Block 2011A), offshore Namibia, following interpretation of the 2D seismic data which the Company recently licensed. Global holds a working interest of 78 per cent in PEL0094, and is operator.

This means that the total unrisked net Prospective Resources (Best Estimate) – both gross and net – are over three times as large, due to the new leads identified. On a risked basis, Prospective Resources have approximately doubled. The technical work undertaken in late 2020 has significantly reinforced Global’s confidence that the source rock is present and generating oil in PEL0094 and has further vindicated the Company’s view that the acreage is highly prospective.

'As promised in December, we are pleased to report the identification of significant new leads in the eastern part of PEL0094, together with further de-risking of our principal prospect, Marula,and additional evidence of the presence of significant source. The identification of Prospective Resources on such a scale in the new leads is obviously a great boost to the overall prospectivity and attractiveness of the Licence,which is very timely as we commence our farmout process.'

The Prospective Resources are detailed in Table A below and have been classified in accordance with the Society of Petroleum Engineers Petroleum Resources Management System (SPE-PRMS),and have been estimated using a probabilistic method. They are based on 3D and 2D seismic data and geological information, including analogues, to which Global has access. The prospects are considered viable drilling targets. The leads require more data and/or evaluation before they can be considered viable drilling targets. 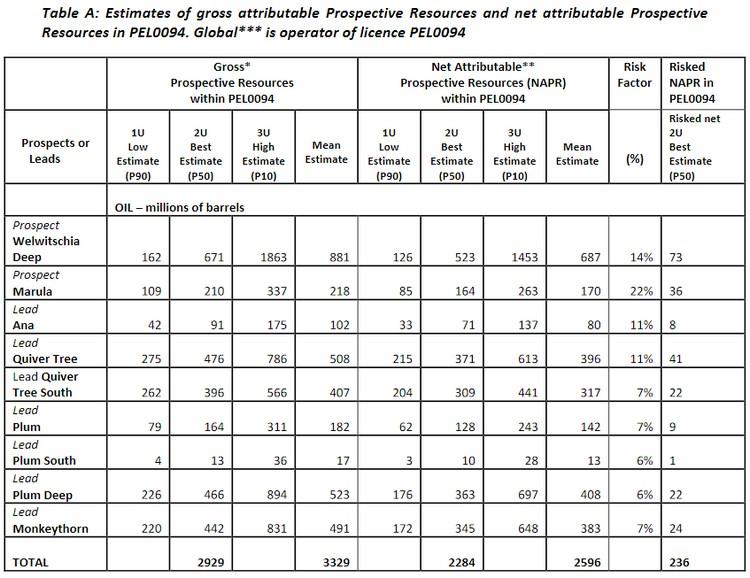 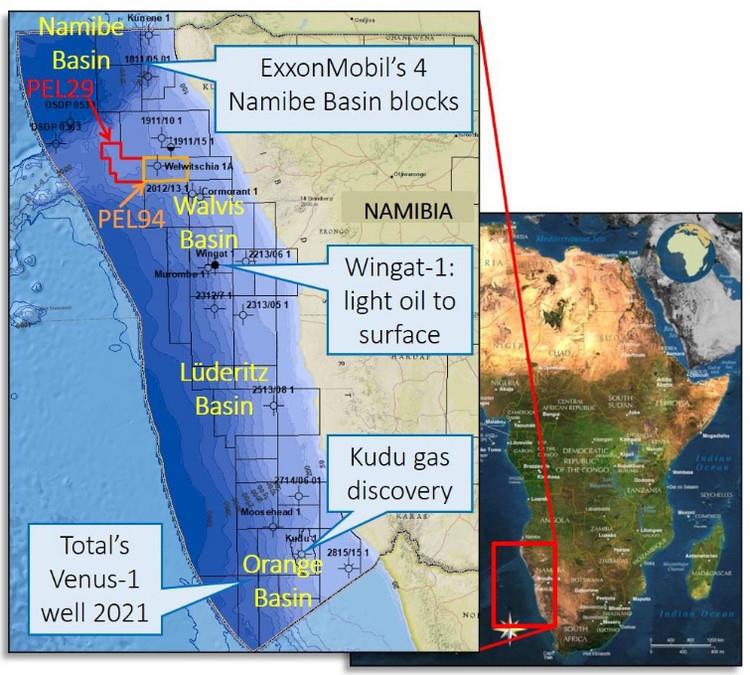