On 19 February, OMV as operator of the Tawhaki-1 exploration well, advised that the well, being drilled by the COSL Prospector rig, had reached target depth of 2980 m MD. Data obtained during the drilling phase indicated no hydrocarbons were present in the target reservoir. Therefore, a decision has been taken to plug and abandon the well. 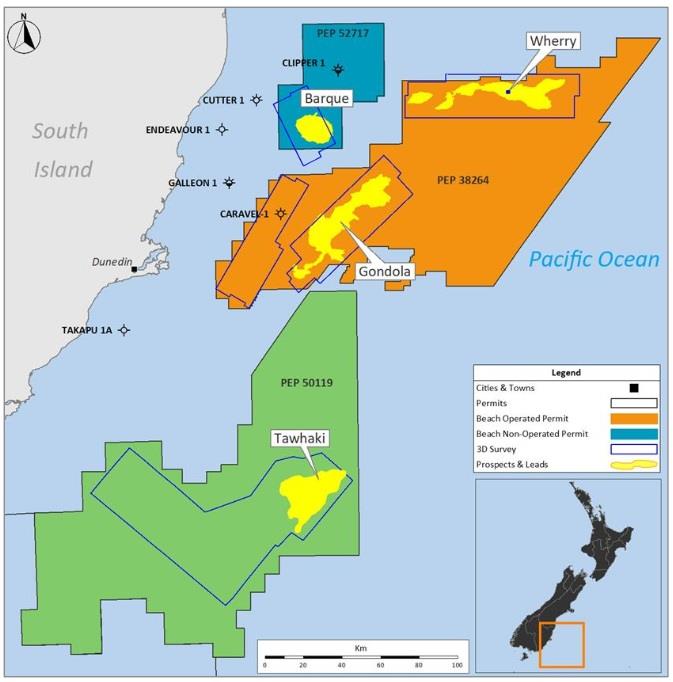 Map of the Great South and Canterbury basins showing the location of PEP50119 and the Tawhaki prospect relative to the Beach-operated PEP38264 permit and the Wherry and Gondola prospects (Source: Beach Energy)

The PEP50119 exploration permit contains the large Tawhaki prospect and other leads. Tawhaki is a basement drape structural trap with up to 470 km2 under structural closure. The prospect is defined by modern, high-quality 3D seismic data and interpreted to have Cretaceous reservoirs of similar age and quality to the excellent sandstones encountered in Caravel-1, approx. 130 km to the north in PEP38264 (Beach 37.5% and operator).