With reference to the stock exchange announcement made 27 January 2022, and the update provided 2 May 2022, regarding the government consent provided to PetroNor E&P’s acquisition of Panoro’s ownership interest in Offshore Mining Lease no. 113 ('OML 113') offshore Nigeria, containing the Aje oil and gas
field, and for the transfer of OML 113 to Aje Production AS.

PetroNor has announced that, as an interim step towards completion of the transaction, PetroNor and the OML 113 Operator, Yinka Folawiyo Petroleum ('YFP') have executed amendments to agreements for the formation of the jointly owned Aje Production, originally signed on 5 December 2019.

The amendments provide for YFP’s contribution to Aje Production being limited to the shareholding in the YFP DW company. As a consequence PetroNor’s ownership will be increased to 52% and Aje Production will hold a 15.5% participating interest and an economic interest in the order of 38.755 % in OML 113 during the majority of the project period. YFP has undertaken to align its voting rights with Aje Production’s objectives in the development of the Aje field.

PetroNor and Panoro continue to finalise documentation to complete other elements of the transaction which is expected to take place before 30 June 2022 as previously announced.

All other terms and conditions of the transaction remain unchanged. 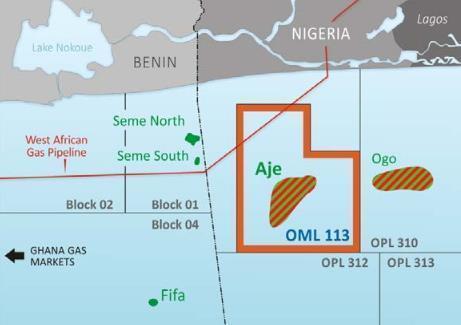