As previously announced in April 2022, Savannah executed an addendum to its gas sales agreement with FIPL, allowing FIPL to increase the quantity of gas purchased to up to 65 MMscfpd (from 35 MMscfpd) to allow supply to both its Trans Amadi and Eleme power plants (as well as its Afam power plant). FIPL is an affiliate company of the Sahara Group, a leading international energy and infrastructure conglomerate with operations in over 42 countries across Africa, the Middle East, Europe and Asia. 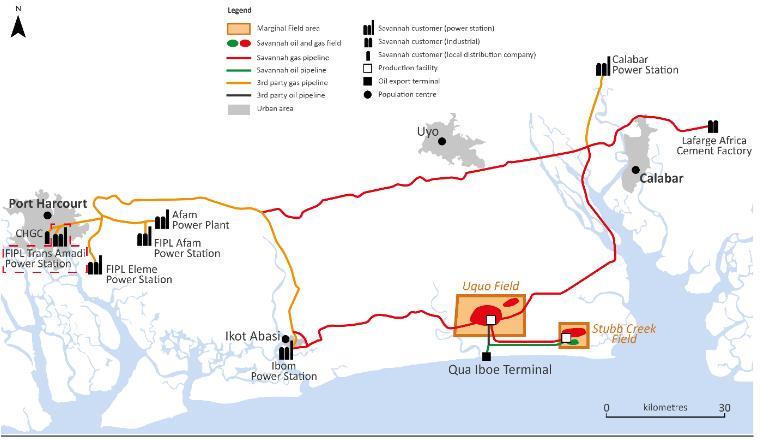 'I am very pleased to have commenced gas sales to the Trans Amadi power station. I am proud of the key role we are increasingly playing in providing power to Nigeria at this time. I would like to thank our partners at Sahara for continuing to choose to work with us and look forward to exploring further opportunities with them in the future.'

'We are pleased to have achieved operationalisation of gas supply to our Trans Amadi Plant sooner than anticipated and thank Savannah for their continued support in ensuring that FIPL remains committed to efficient power generation in Nigeria'.