The first successful 'Single-Trip Multi-Frac' campaign has been executed on the Valhall field. This specific method of well stimulation has never been done offshore before.

The method significantly reduces the cost of the well because less time is needed for use of vessels and equipment. 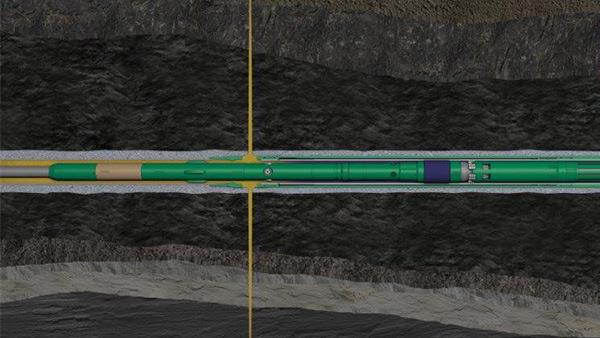 With a sleeve installed in the completion that can be opened and closed down in the well, it is now possible to fracture several zones with only one trip into the well.

'The traditional method takes two-three days to fracture a single zone of the reservoir. With ‘Single-Trip Multi-Frac’, we can now do two zones in a day. We also see a potential for doing this more efficiently,' says Stian Ø. Jørgensen, head of the the Well Intervention and Stimulation Alliance in Aker BP.

'It provides more flexibility; we spend less time per well, and it decreases the unit cost of the operations. In turn, this results in a reduced price for the stimulation and we can bring the well on stream earlier compared with the conventional stimulation method that has been used. Therefore, we see a substantial upside through use of this stimulation method.'

The Valhall field has always needed stimulation to maximise production from the wells. This is because the field consists of chalk formations with low flow rates. A stimulation vessel and coiled tubing are needed for this operation. 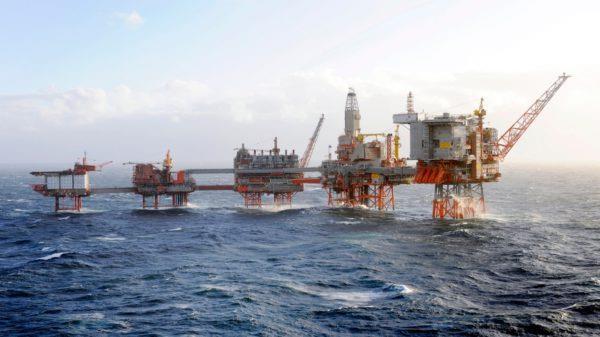 The actual stimulation takes place by creating fractures in the reservoir, by high pressure pumping in sand mixed with a fluid system into the reservoir. The process is called fracturing and contributes to improve flow. Several zones in the reservoir must be fractured, and with the normal method, the coiled tubing is pulled out completely for each zone – an extensive and time-consuming process.

'What’s new about ‘Single-Trip Multi-Frac’ is that several zones can be fractured with just one trip down into the well. This is done with the aid of a sleeve installed in the completion that can be opened and closed down in the well,' explains Jørgensen.

'This allows us to pump sand mixed with a fluid system into the well, while the coiled tubing remains in the hole the entire time. When one zone has been fractured, you close and move on to the next zone.

'A total of four zones were stimulated using the new method during the ‘Single-Trip Multi-Frac’ campaign on the G10 well at the Valhall field centre in November. Three of the zones were stimulated on just one trip down in the well. The same method was also successfully applied on the first well on Valhall Flank West.

'This method of well stimulation will be an important contribution to ensure that we achieve our ambition,' says Jørgensen.

The ‘Single-Trip Multi-Frac’ method is well-known on land, including for production of shale oil in the US. Putting this method to use in new and more complex conditions 3 500 metres down in the well was no easy task. Aker BP and its partners NCS Multistage, Stimwell Services and Schlumberger have worked almost five years to solve the challenges.

'When you want to develop pioneering technology or methods, you have to dare to fail. That’s how you finally end up with a good and proven result,' says Jørgensen.

Jørgensen says that a lot of important lessons have been learned in the process, with regards to equipment and the fluid system involved in the operation.

'The biggest challenge has been that the coiled tubing has become stuck and we have not been able to break loose. We have worked quite a lot on understanding the ‘energy regime’ in the well. We have also optimised the tool at the end of the coiled tubing and worked intensively with the fluid system to reduce the risk of getting stuck,' he says.

The challenges were resolved in an environment characterised by good cooperation, where everyone has worked together as one unified team. Jørgensen praises the team for their efforts and their tireless commitment.

'It’s been a demanding process, and the way everyone involved has cooperated and worked actively towards a common goal has been crucial in succeeding in making this important technology available for Aker BP,' says Jørgensen.

Jørgensen emphasises that Aker BP will continue to stimulate wells in the traditional manner in reservoirs where this is considered to be the best method.

In November, Aker BP entered into an alliance for well intervention and stimulation with Stimwell Services and Schlumberger, two of the partners in the 'Single-Trip Multi-Frac' project.

'Even though we have started an alliance for well intervention, it’s important that we maintain solid contact with the rest of the market. There is a lot of new technology developed within well intervention and many niche products, so we rely on continued good dialogue with the supplier side. The cooperation with NCS Multistage alongside our alliance partners is a good example of this,' Jørgensen concludes.