DNO North Sea (Norge) is the operator with an ownership interest of 40 per cent. The other licensees are Wellesley Petroleum (30 per cent) and Conoco Phillips Skandinavia (30 per cent).

The area in this licence consists of part of Block 6507/7. The well will be drilled about 3 kms west of the Heidrun field and 250 kms north of Kristiansund.

Production licence PL 888 was awarded on 10 February 2017 in APA 2017 on the Norwegian shelf. This is the first well to be drilled in the licence.

The permit is contingent on the operator securing all other permits and consents required by other authorities prior to commencing the drilling activity. 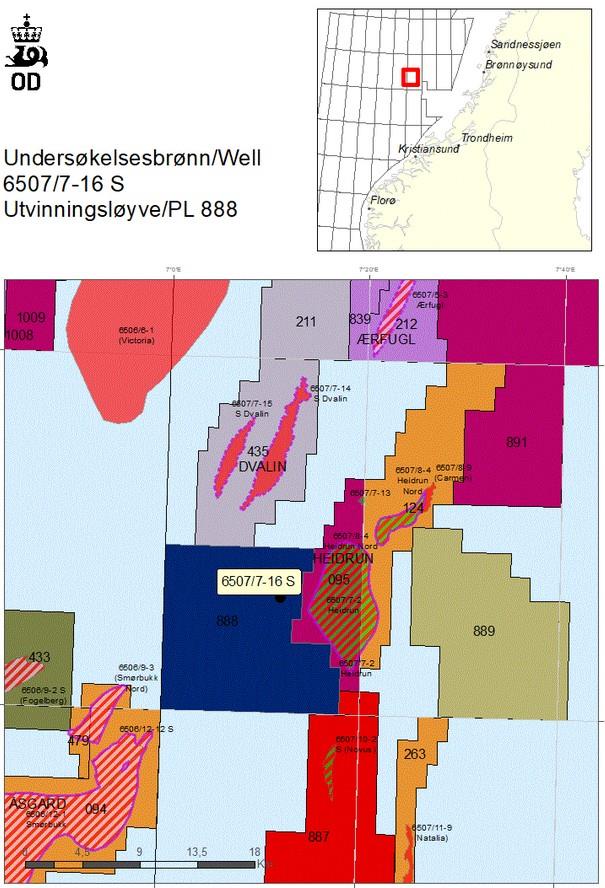