On behalf of the Irpa partnership, Equinor has submitted a plan for development and operation (PDO) for the Irpa gas discovery, formerly known as Asterix, to the Norwegian Minister for Petroleum and Energy.

The development will ensure activity and stable gas deliveries from Aasta Hansteen until 2039. 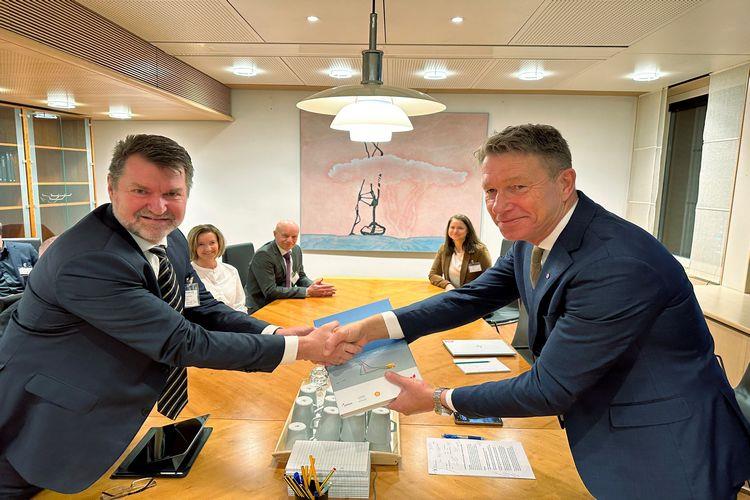 Geir Tungesvik (left) presented the PDO (Plan for development and operation) for the Irpa discovery to the Minister for Oil & Energy, Terje Aasland, on behalf of Equinor and partners in Irpa. (Photo: Colin Dobinson / Equinor ASA)

'This is a good day - the development of Irpa will contribute to predictable and long-term deliveries of gas to customers in the EU and the UK,' says Geir Tungesvik, Equinor’s executive vice president for Projects, Drilling and Procurement.

The Irpa discovery, formerly known as Asterix, was proven in 2009 and is in deep water in the Norwegian Sea, 340 kms west of Bodø. Expected recoverable gas resources are estimated at approx. 20 billion standard cubic metres, equivalent to 124 million b.o.e. or the consumption of nearly 2.4 million British households over a period of seven years.

The gas will be phased into existing infrastructure over Aasta Hansteen and transported to the Nyhamna gas processing plant via Polarled. From there, gas will be transported via the Langeled pipeline system to customers in the UK and continental Europe. 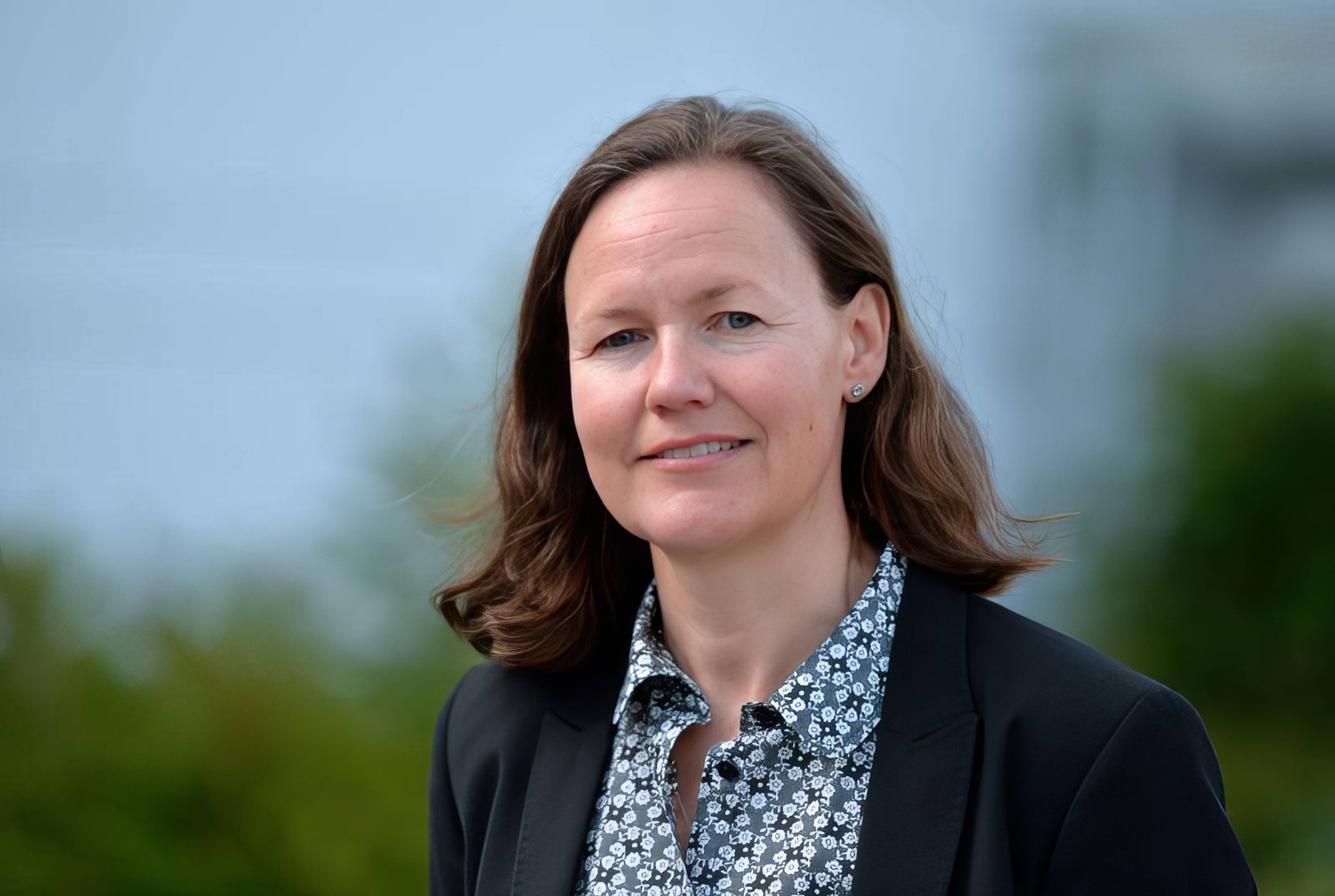 'Irpa will maintain existing jobs at Aasta Hansteen, at the supply base in Sandnessjøen, at the helicopter base in Brønnøysund and at the operations centre in Harstad,' says Haaland.

The development will have a total cost of NOK (Norwegian Krone) 14.8 billion in 2022-NOK, and the field is scheduled to come on stream in the fourth quarter of 2026. There will be joint production from Irpa and Aasta Hansteen through 2031 and then Irpa will continue to produce until 2039.

The development also has good social profitability. In 2020 and 2021, Aasta Hansteen operations created jobs equivalent to over 300 person-years, directly and indirectly.

'During the project period, there will also be local and regional deliveries, although the Irpa project is largely dependent on international specialist suppliers who can operate in water depths of 1350 metres,' says Hogne Pedersen, project director for Irpa.

'It has been challenging to develop Irpa. Deep water and low temperatures on the seabed have necessitated the qualification of innovative new technology for pipelines, but good support in the partnership and increased demand for gas have made an investment decision possible,' says Pedersen.

The discovery will be developed with three wells and an 80-kilometre pipeline to the Aasta Hansteen platform. As the only planned deepwater development in Norway, the technical solution will contribute to new competence development in the industry. 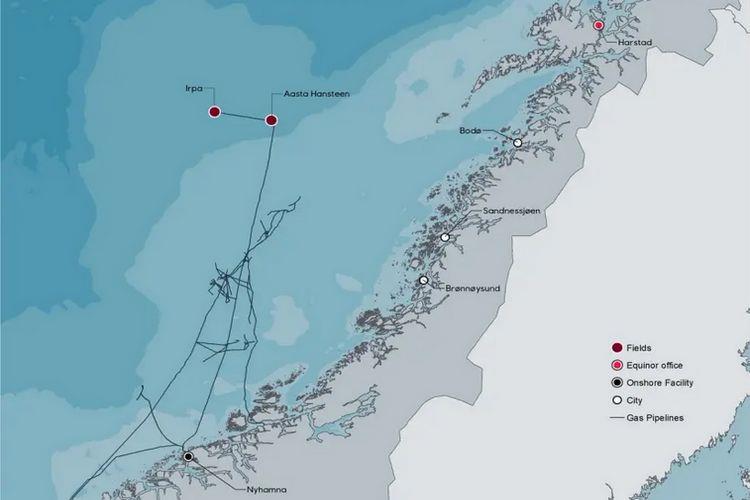