Lundin Energy has announced that its wholly owned subsidiary, Lundin Energy Norway, has been awarded interests in a total of ten exploration licences in the 2021 Awards in Predefined Areas (APA) licensing round, in Norway.

The licence interests are detailed below, along with a map of their location. 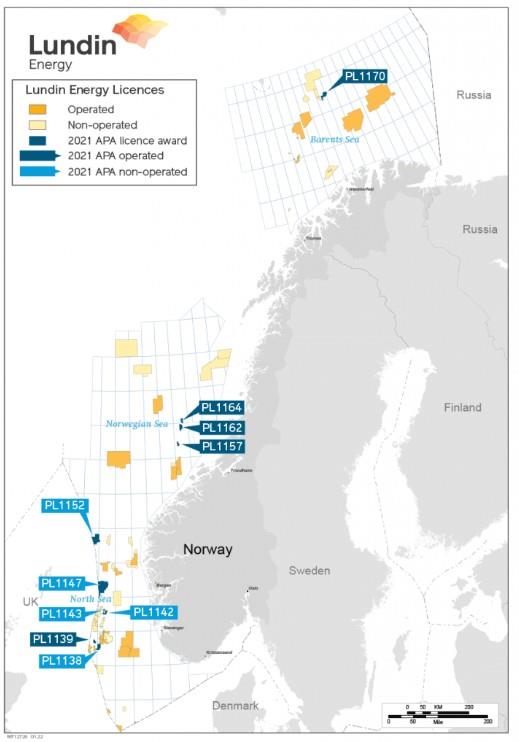