The Northern Lights project, consisting of Equinor (operator), Shell and Total, is drilling wildcat well 31/5-7 Eos. The West Hercules rig is being used for the operation

This will be the first well to be drilled in exploitation licence 001, and the objective of the well is to prove sandstone and the storage potential for CO2 in the Cook and Johansen geological formations. The companies also want to examine the sealing properties of the overlying Dunlin shale. 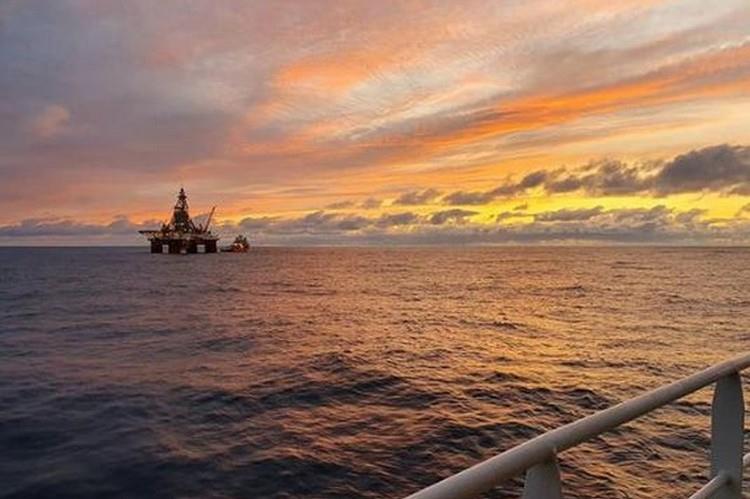 The West Hercules rig is being used for the operation. Photo: Seadrill

May be suited for CO2 storage facility

If the well indicates good reservoir properties, and a decision is subsequently made to use the formations for CO2 storage, the first CO2 injector will be drilled as a sidetrack from the wildcat well.

'If the well proves sandstone with good flow properties, this part of the Johansen Formation may be well-suited as a storage facility for CO2', says Assistant director exploration Wenche Tjelta Johansen.

She says that the Johansen Formation is situated at a depth of around 2700 metres in the relevant area, and that the wells previously been drilled down into the formation are located on the Troll field, far from this well location.

The Troll reservoir is situated around 600 metres higher up in the stratigraphic sequence, and there are many tight layers of shale between the reservoir and the Johansen Formation. It’s important to investigate the tight shale layers in order to be certain that the CO2 will remain in place.

'In Norway, we have lots of experience and good expertise when it comes to safe storage of CO2 under the seabed,' says Johansen.

Since 1996, CO2 has been removed from the Sleipner Vest gas and injected in the Utsira Formation. One million tonnes of CO2 are stored in the subsurface every year. Since 2007, 700 000 tonnes of CO2 per year has also been stored at the Snøhvit field. It is separated from the gas in the process facility on Melkøya before it is sent by pipeline down into a reservoir located around 140 kilometres from land. Regular surveys are performed to monitor how injected CO2 fills the storage area.

The Norwegian Petroleum Directorate has mapped areas that may be suitable for safe, long-term storage, an endeavour which resulted in a CO2 storage atlas for the Norwegian shelf. Estimates showed that, in theory, the reservoir volume on the shelf could accommodate more than 80 billion tonnes of carbon dioxide, which is equivalent 1000 years of Norwegian CO2 emissions at the current level.

The Northern Lights drilling is part of the Norwegian full-scale project for capture, transport and storage of CO2 (CCS). This project includes capture of CO2 from two industrial firms in Eastern Norway, as well as transport of liquid CO2 to a terminal in Western Norway. From there, the liquid CO2 will be transported via pipeline and pumped into a reservoir at a depth of nearly 3000 metres under the North Sea where it will be permanently stored.

The full-scale project is a result of the authorities’ ambition to demonstrate a full-scale value chain for CCS in Norway by 2024.

A lot of technical work

Since the objective of this well is to store CO2, it is being drilled according to the CCS regulations for transport and storage of CO2. The NPD has been involved in the preparations for the drilling:

'We have performed a lot of technical work in connection with the storage project, and we have had regular meetings with the operator,' says Johansen.

The authorities gave Equinor and its partners an exploitation licence for storage of CO2 in January this year. According to the plan, Northern Lights will submit a Plan for development and operation (PDO/PIO) in the spring.

If the development plan gets a green light, Northern Lights has made a commitment to store 1.5 million tonnes of CO2 for the authorities, every year for 25 years.

Northern Lights – Part of The Full-Scale CCS Project in Norway

The Northern Lights project is part of the Norwegian full-scale CCS project. The full-scale project includes capture of CO2 from industrial capture sources in the Oslo-fjord region (cement and waste-to-energy) and shipping of liquid CO2 from these industrial capture sites to an onshore terminal on the Norwegian west coast. From there, the liquified CO2 will be transported by pipeline to an offshore storage location subsea in the North Sea, for permanent storage.

The full-scale project is a result of The Norwegian government’s ambition to develop a full-scale CCS value chain in Norway by 2024. As part of this ambition the government issued feasibility studies on capture, transport and storage solutions in 2016. Combined, these studies showed the feasibility of realizing a full-scale CCS project. Based on this outcome the government decided to continue the development of the preferred concepts through a study agreement covering concept and FEED (front-end engineering and design) studies. Gassnova represents the Norwegian state and acts as the coordinating body. The studies cover:

Click here for more information about The Full-Scale CCS Project in Norway.