PGS has updated its interactive Barents Sea rockAVO Atlas to offer data on 144 wells, including 18 wells drilled since 2018. Cross-referenced with the PGS data library, this offers an essential link between seismic response and rock properties for the region.

Data on every publicly available and relevant well is available for license from the rockAVO Barents Sea Atlas. Over 17 different reservoirs have been modeled, providing a complete, consistent interactive reference database of petrophysics and rock physics for the region.

Included in the latest update is the 7121/8-1 Blåmann well, which contains a discovery in the Jurassic Stø formation. This well in the Hammerfest Basin is covered by modern GeoStreamer 3D seismic data (PGS18M04NBS), along with other wells such as 7121/5-2 (Snøhvit Beta Field), 7122/7-3 (Goliat), 7120/12-2 (Alke Sør) that are also included in the Barents rockAVO atlas. The combination of the rockAVO wells and GeoStreamer seismic provides a unique integrated dataset that can be used to assess the prospectivity across the basin.

“Whether the focus is on the Jurassic Stø formation/Realgrunnen sub-group, the Triassic Kobbe and Snadd formations, or on the additional potential in Early Cretaceous Knurr formation, the rockAVO atlas integrated with the PGS seismic data provides the imperative link between seismic response and rock properties. This will translate to higher confidence in the decision-making process and therefore significantly reduce the exploration risk,” says Berit Osnes, Executive Vice President New Ventures at PGS.

Also included in the 2020 update is the 7435/12-1 Korpfjell well, which has a gas discovery in the Jurassic Stø and Triassic Kobbe formations. This well is integrated with the PGS GeoStreamer PURE (ST14005) seismic survey, providing the highest quality of both seismic and well data to derisk the southeast Barents Sea.

Rock physics properties vary from basin to basin, and from stratigraphic interval to interval. For each, a separate model or rock physics template has been calibrated to relate the seismic response to rock and fluid properties.

E&P companies can now access a homogeneous database of interpreted well logs throughout the Barents Sea, making it possible to analyze the seismic AVO signature based on different fluid and matrix property perturbations. 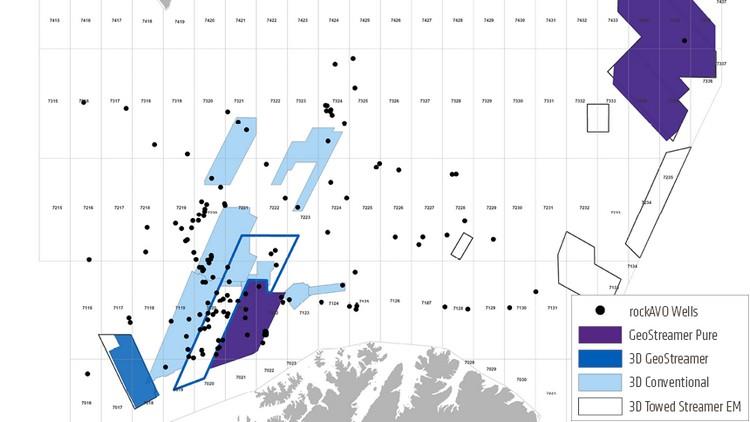