Transocean has announced that later this year as part of its current drilling contract with Equinor, the Transocean Enabler will drill one carbon injection well and a sidetrack for another carbon injection well drilled early 2020 in support of the Northern Lights Carbon Capture Storage Project, a joint venture created by Equinor, Shell and TotalEnergies. The project sets out to mitigate emissions and remove carbon dioxide from the atmosphere by creating the first cross-border, open-source carbon dioxide transport and storage infrastructure network in the European Union. 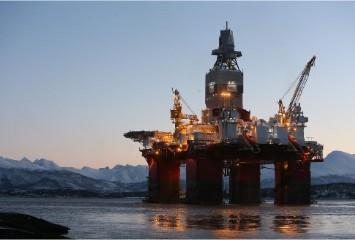 'We are proud to participate in this important carbon capture and storage project in support of the EU’s energy policy and climate objectives,' said Janelle Daniel, Transocean’s Vice President of Human Resources, Sustainability and Communications. 'Beyond our core business of drilling ultra-deepwater and harsh environment wells, this is an excellent example of how we can further leverage our rigs and core competencies in support of renewable and alternative energy projects in offshore markets across the globe.'

The Northern Lights builds on more than 23 years of safe carbon dioxide storage on the Norwegian Continental Shelf. Upon completion, the carbon dioxide transport and storage infrastructure network will offer companies across Europe the opportunity to store carbon dioxide safely and permanently underground. It is considered a Project of Common Interest by the EU given it is a key cross-border infrastructure program that links European energy systems and works toward achieving the EU’s energy policy and climate objectives.

The Transocean Enabler is a semi-submersible drilling rig designed to operate in harsh environments. It is under contract with Equinor until 2024.