BP and Eni have signed an exploration and production sharing agreement (EPSA) for Block 77 in central Oman with the Ministry of Oil and Gas of the Sultanate of Oman.

Block 77 covers a total area of over 2,700 sq kms. BP and Eni will each hold a 50% interest in the EPSA, with Eni acting as operator during the exploration phase. 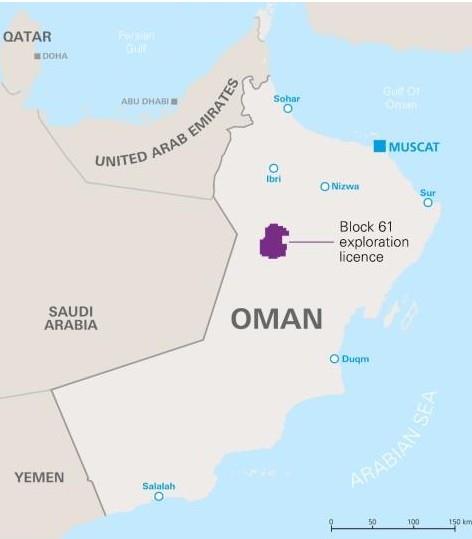 Block 77 is located 30 kms east of the BP-operated Block 61, which contains the already-producing Khazzan gas project as well as the Ghazeer project, currently under development.

'Today’s announcement reflects the continued exploration potential we see in Oman and reinforces BP’s commitment to the Sultanate of Oman. We look forward to working with the Government and Eni to continue to explore and develop the country’s resources and secure its long-term gas production.'

BP  successfully brought the major Khazzan project into production in 2017. Ghazeer, the second phase of development on Block 61, is currently under construction and is scheduled to come on  stream in 2021. Khazzan currently produces around 1 billion cubic feet of gas a day (bcf/d) and Ghazeer is expected to add a further 0.5 bcf/d production.