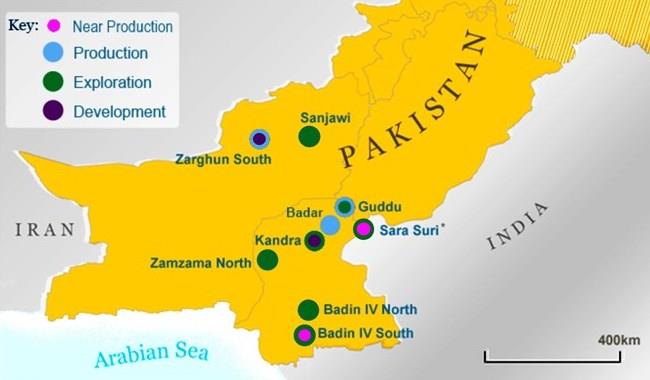 The Badin IV South leases cover an area of approx. 39.49 sq kms and are located in the districts of Badin and Sujjawal, in the Sindh Province of Pakistan.

Jura holds a 27.5% working interest in the Badin IV South Block, which is operated by Petroleum Exploration (Private) Limited.