RWE continues to expand its renewables portfolio in Poland: The company has just achieved commercial operation on its Nawrocko onshore wind farm near Stettin. With about seven megawatts (MW), the site can supply the equivalent of up to 15,000 households with green power. The construction of the three Nordex wind turbines (type N117)  started about one year ago and was finally licensed in April.  The site is part of a cluster including the existing wind farms Wysoka I and II. The 25 windmills with a total capacity of about 62 MW will be operated and maintained by the same RWE team. 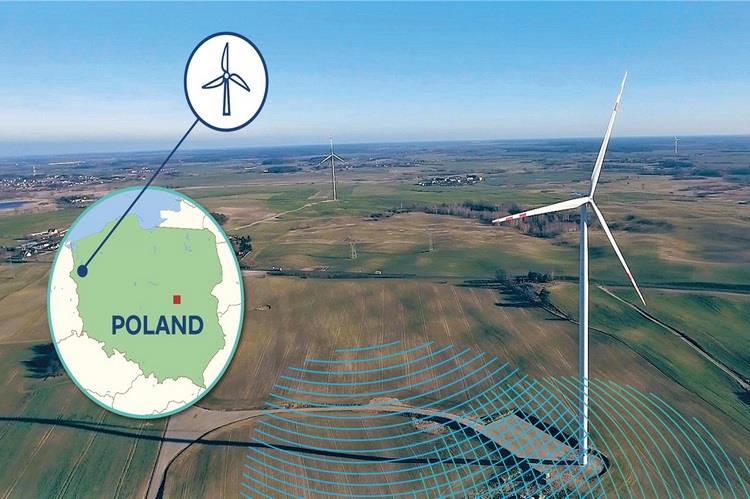 RWE Renewables has already gained considerable experience in Poland and will operate about a dozen onshore wind farms here with a total capacity of approx. 380 MW. The latest addition to its renewables fleet underlines RWE’s growth ambitions in this country. 'Poland is an attractive market for the expansion of our business and I am happy about the tangible progress our team is making', says Anja-Isabel Dotzenrath, CEO of RWE Renewables. 'We are keen to support the growth of wind energy in Poland, one of our core markets in Europe. We will promote both onshore and offshore projects in the country.'

Back in October 2019, RWE Renewables has acquired a pipeline of up to four offshore wind projects in the central Polish Baltic Sea as part of its ambitions to enter the Polish offshore market and grow its offshore operations across Europe. The four projects, which are in different development stages, are all located around the Slupsk bank area. Over the next few years, development activities will continue, and the construction phase might start as early as 2023. 'The Polish market promises great untapped potential for offshore wind energy in Europe and now we have a promising pipeline with a total generation capacity of 1.8 gigawatts', emphasizes Dotzenrath.  'We are fully committed to invest in offshore wind in Poland in light of its significant benefits for the Polish economy, labour market and society.'

RWE is one of the largest players in the renewable business worldwide with a portfolio of wind and solar power assets of about 9 gigawatts. The company wants to invest a net €5 billion by 2022 in the continued expansion of renewable energy, with this sum having the potential to rise significantly through contributions from partners. RWE's focus in terms of growth lies on the core markets Europe and North America as well as on the Asia-Pacific region.