AIM-listed PetroNeft, an oil and gas exploration and production company, operating in the Tomsk Oblast, Russian Federation, and 50% owner and operator of Licences 61 and 67 has announced the results of a successful fracking program in Licence 61.

The S-373 well on the Sibkrayevskoye field was successfully fracked on the 13th of February. A step-rate test and mini frac were completed prior to the main frac. The mini frac results enabled the frac size to be optimized reducing it to 41 tons. The pre-frac production from the well averaged 200 bopd through 2020. Following flow back of the frac fluids, oil production over the last six days has more than doubled. As the well was brought back on-line the water cut has declined from the immediate post frack 100% to the current level of just under 40% and is stable.

The aim of fracking this well was not only to increase production, but also to provide crucial information which can lead to an improved understanding of the optimum forward development plan for the field.

The L-115 well at the Lineynoye field was previously fracked in 2010 with a relatively small 30 ton frack. The well was re-fracked with a 60 tons frac. The aim being to investigate if we can improve production from the older wells in the field with good follow on candidates which can be fracked during the next 2021/22 winter season.

The pre-frac oil rate averaged 20 bopd with the post frack rate currently 40 bopd. It is expected that as the water cut continues to decline the oil rate will continue to increase. 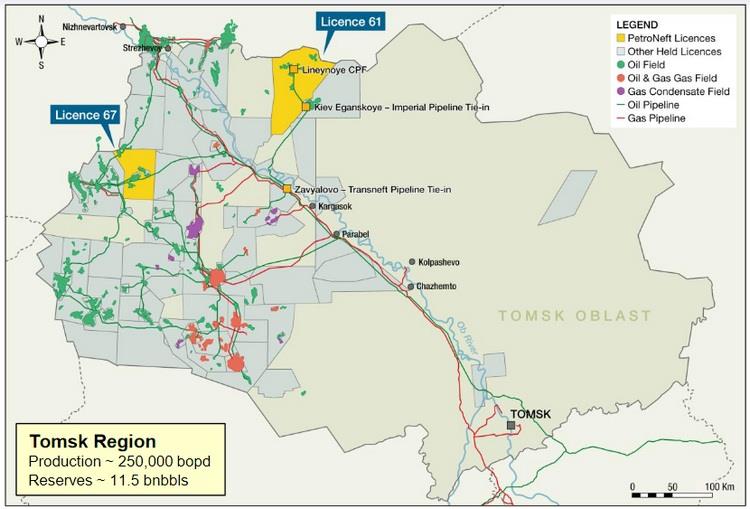 'The initial results from the fracking operations at from both wells are very encouraging. Although it is still early days, results so far have demonstrated the value of fracking as a relatively low cost but highly effective means of increasing production, provided the right geological and operational conditions prevail combined with an optimized frack design. We look forward to identifying further candidates for similar activity within our licences.'