Gazprom Neft and Zarubezhneft have signed a binding agreement on establishing a joint venture for exploration and production of hard-to-recover oil reserves in the Khanty-Mansi Autonomous Okrug - Yugra, and on developing effective technologies, to that end. 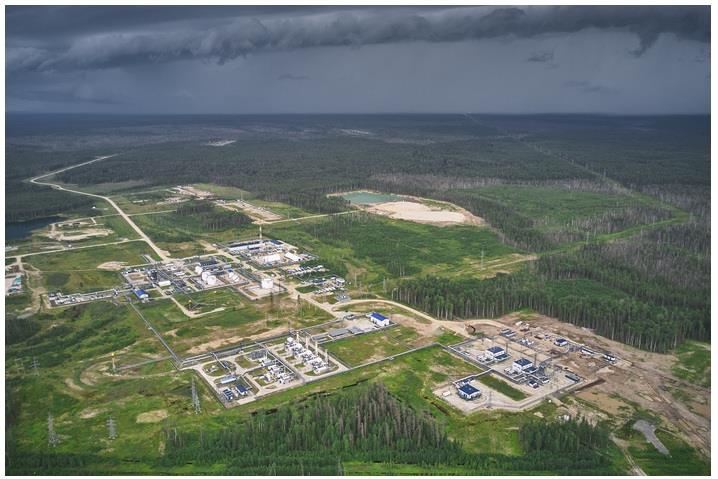 The new joint venture’s asset portfolio will include the Salysmky-3 and Salymsky-5 license blocks, both located in the Khanty-Mansi Autonomous Okrug, at which the parties plan to begin commercial production of non-traditional oil reserves as early as 2025. The transaction is expected to close in July - August 2020, once all necessary corporate approvals have been secured and all applicable pre-conditions met. Gazprom Neft’s will have a 51% interest in the joint venture, and Zarubezhneft 49%. The new business will provide a forum for both companies to jointly develop technologies for developing non-traditional reserves, and deploy these across the joint venture’s assets.

The Salymsky-3 and Salymsky-5 license blocks are located in the Nefteyugansky district of the Khanty-Mansi Autonomous Okrug, and cover 710 sq kms in total. So far, more than 300 square kilometres of 3D seismic works have been completed at the Salymsky-3 block, the first exploration and appraisal well has been drilled, and core samples taken. A fifteen-stage hydraulic fracking operation is expected to start shortly. Initial core-sample analysis indicates hydrocarbons to be present at six potentially promising intervals, proving the viability of commercial production at this block. Geological prospecting works are expected to start at the adjacent Salymsky-5 block by the end of 2020. Preliminary prognoses suggest initial reserves in place at both blocks comprising more than 500 million tonnes of oil.

A programme of geological prospecting works is expected to run to 2024, intended to clarify the geological characteristics and full resource potential of both assets. A development plan for both assets will be compiled once prospecting works are complete. Both parties have extensive skills and experience in investigating and developing “hard-to-recover” reserves, something that will stand the joint venture in good stead in optimising the effective development of its Salymsky assets.

Vadim Yakovlev, Deputy Chairman of the Management Board and Deputy CEO for Exploration and Production, said:

'It’s quite clear that the future development of the oil and gas industry largely depends on developing ‘hard-to-recover’ oil reserves, which are going to have an ever-increasing role in production. Non-traditional hydrocarbon reserves are colossal - but not readily accessible in terms of full-scale development. The last few years have seen an exponential increase in our knowledge and skills in investigating and developing these reserves. The technological and engineering solutions developed by Gazprom Neft - both independently, and as part of various consortia - means we are now in a position to prepare for developing deposits that, just a few years ago, would have been deemed unprofitable. Combining our technological competencies with those of Zarubezhneft will allow us to make the difficult transition from geological prospecting to starting commercial development at our Salymsky assets quickly.'

'Zarubezhneft PJSC’s core objective is to expand our activities abroad. Experience has shown that competing successfully in international markets demands the best technologies, skills and specialists. To that end, Zarubezhneft PJSC is collaborating with the best Russian companies, including Gazprom Neft, establishing the ‘Carbonate Consortium’ in 2017 for that purpose. The first stage in this consortium’s activities was to create a forum for experience-sharing and discussions between leading experts at both companies. The second stage was developing R&D. We’re now moving towards the next stage - implementing concrete projects. We’re hopeful that working with Gazprom Neft will allow us - and them - to develop new competencies, gain unique insights, and continue developing cutting-edge Russian technologies'.