In 2021, NOVATEK’s hydrocarbon production totaled 626.0 million barrels of oil equivalent (boe), including 79.89 billion cubic meters (bcm) of natural gas and 12.3 million tons of liquids (gas condensate and crude oil), resulting in an increase in total hydrocarbons produced by 17.8 million boe, or by 2.9% as compared with the twelve months 2020.

At the 31 December 2021, NOVATEK had 0.9 bcm of natural gas, including LNG, and 660 thousand tons of stable gas condensate and petroleum products in storage or transit and recognized as inventory. 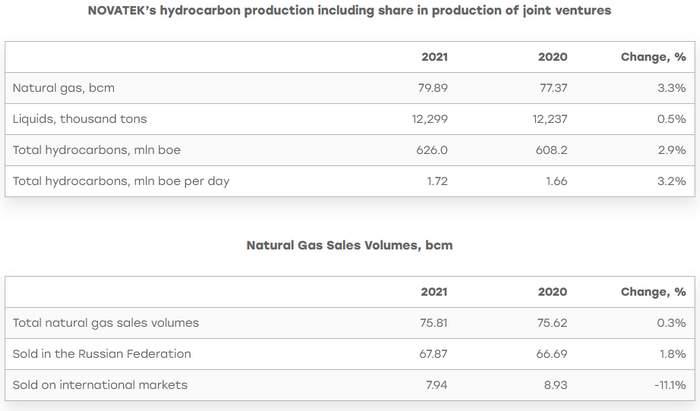