Genel Energy has announced that it has increased its stake in the SL10B13 block, onshore Somaliland, to 100 percent, having acquired East Africa Resource Group’s 25 percent  stake.

As previously announced, a farm-out process relating to the block is now underway, with Stellar Energy Advisors appointed to run the process.

Interpretation of the 2018 2D seismic data together with basin analysis has identified multiple stacked prospects, with each of them estimated to have resources of c.200 MMbbls. A further program of surface oil seep sampling and analysis reiterates the presence of a working petroleum system on the block.

A presentation on the Somaliland opportunity, given last week at the Africa Oil Week conference in Cape Town, is available here. 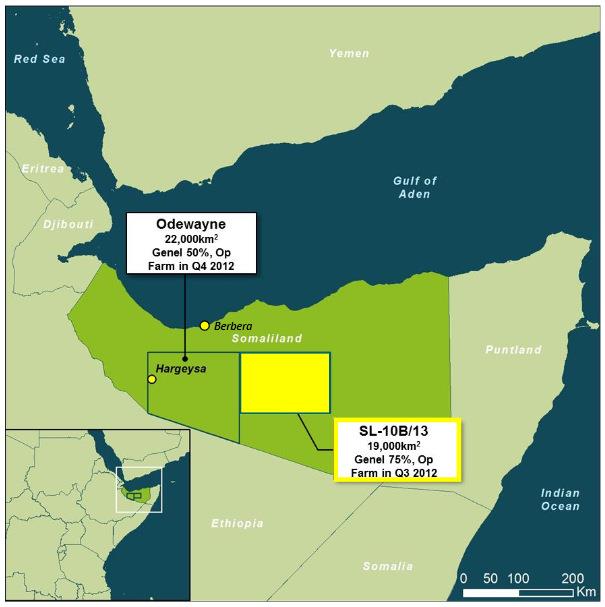