'We are excited to begin the next phase of exploration drilling on Block 11B/12B offshore South Africa. The Odfjell rig is mobilizing from Norway to South Africa in order to spud the Luiperd-1 well by September. Luiperd is the largest prospect in the Paddavissie Fairway and has been de-risked by the nearby Brulpadda discovery and subsequent 3D seismic work.' 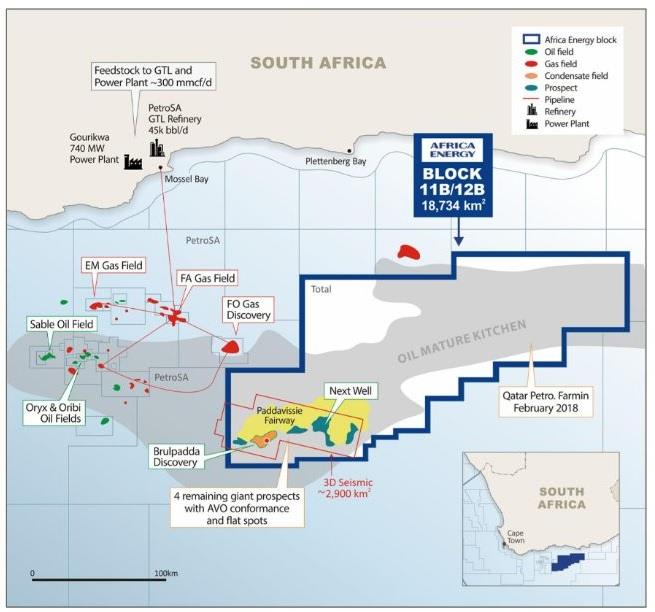 Deepsea Stavanger drilled the basin-opening Brulpadda oil and gas discovery on Block 11B/12B in February 2019. Block 11B/12B is located in the Outeniqua Basin 175 kms off the southern coast of South Africa. The block covers an area of approx. 19,000 sq kms with water depths ranging from 200 to 1,800 meters. The Paddavissie Fairway in the southwest corner of the block includes the Brulpadda discovery, as well as several large submarine fan prospects that have been significantly de-risked by the discovery and subsequent 3D seismic acquisition.