The third well named Korhaan-3 is estimated to reach a depth of 400m-450m to test the gassy sandstones and coal bed methane ('CBM') horizons from the known coal beds that were intersected and observed to be gassy from adjacent (400m away) flow tested gas wells KA-03PT2 and KA-03PTR. With three new wells of the Korhaan project now successfully spudded the Company’s expectations are high that all five wells are intended to become potential early, pilot-production wells, with comingled production to an infield offtake facility being planned.

Well Korhaan-3 is being drilled with air/ percussion to TD estimated to be between 400-450m. The spudding of Korhaan 3 is the last of the three well Korhaan project programmed to be completed this year. The three-well drilling program to has been successfully undertaken within 400 metres of KKO’s proposed gas collection terminal at Amersfoort where access and infrastructure is being established to enable the completion of off take negotiations.

Preliminary gas flow rates will be assessed following completion of each well. 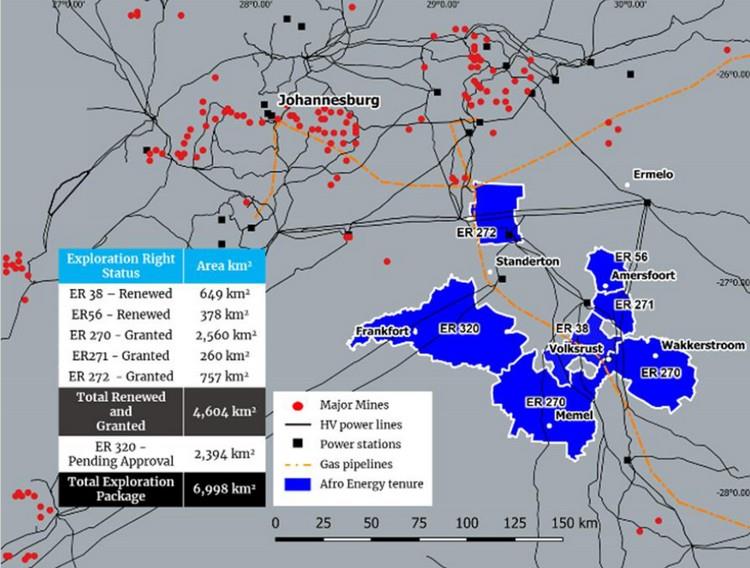 Kinetiko Energy is an Australian gas explorer focused on advanced shallow conventional gas and coal bed methane (CBM) opportunities in rapidly developing markets in Southern Africa. South Africa has extensive gassy coal basins, extensive energy infrastructure and a growing gas demand, making it an attractive area for investment. The Company has a large potential exploration area, of which approx. 7000km2 is granted and being explored.