Suriname's state oil company Staatsolie reports that its Nearshore Drilling project has been completed, with six exploratory wells drilled off the coast of Suriname. No commercial oil discovery was made, but valuable data was collected.

Staatsolie's Nearshore Drilling project (NSD) started in April this year. The drilling platform that was used for this, the West Castor, will be demobilized. Six wells, Marai, Electric Ray, Kankantrie, Powisi, Gonini and Tukunari were drilled during this project. The total depths of the wells vary from 1,000 to 3,000 meter in water depths from 8 to 25 meter. These yielded no commercial oil discovery, but very valuable data.

With this data, geological insights are sharpened and the chances of success in the search for oil are increased. Data collection was one of the sub goals of the project. Initially, there were ten wells planned, with the probability of finding oil being between 10 and 27% with estimated extractable quantities of oil between 65 and 800 million barrels. Based on seismic data, forecasts were made and these wells were determined. Due to operational obstacles and the insights during the program, four wells were removed of the program. 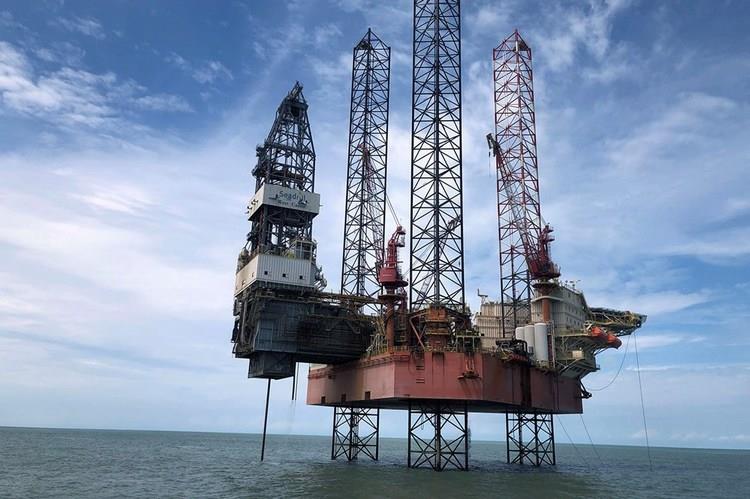 Of the six wells drilled, four had oil shows confirming the potential of oil in the coastal area. The project was carried out within the planned time and budget without incidents or damage to our environment.

The nearshore area has a size of 12,000 km2. Limited data is available from this area because hardly any exploration has been done. Staatsolie believes it is important to continue exploring this area. Now that well data has been collected, the seismic data can be associated with this specific information.