Aminex has announced that as it enters a period of operations it has raised approx. £1.85 million (approx. $2.40 million) before expenses through the issue of 127,226,781 new ordinary shares in the capital of Aminex at a price of Stg 1.45p per share. 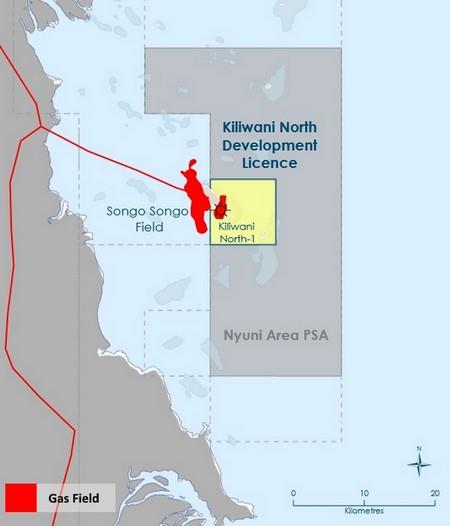 The board of Aminex has taken the strategic decision to seek funds to accelerate development over its Kiliwani North Development Licence and Nyuni Area PSA to take advantage of depressed market conditions in the service industry.  The net proceeds of the Placing will finance the reprocessing of the existing 2D seismic, to plan for the acquisition of new 3D seismic and to transition Kiliwani South from a prospect to a drill ready target (management estimates of 57 billion cubic feet gas initially in place).

The Company continues to progress its farm-out agreement with the Zubair Corporation over its Ruvuma PSA, where it will be potentially fully carried through to full field development with meaningful cashflow.  Following approval of the Farm-Out by shareholders of the Company on 4 January 2019, the executive management teams of ARA Petroleum Tanzania and Ndovu Resources have met with officials from the Tanzanian Government who reiterated their support for an accelerated development programme to fast track gas production.

The Placing Shares will represent in aggregate approx. 3.49% of the existing issued ordinary share capital of the Company and are being issued under existing general allotment authorities granted by shareholders at the Company’s Annual General Meeting on 11 July 2018.  Eclipse Investments is a substantial shareholder for the purposes of chapter 11 of the Listing Rules of the FCA and chapter 8 of the Listing Rules of Euronext Dublin, and is therefore considered to be a related party. Eclipse will subscribe for 26,525,198 Placing Shares in the Placing.  Under Listing Rule 11.1.10 R and Listing Rule 8.1.10, this participation by Eclipse constitutes a 'smaller' related party transaction and as such does not require the approval of independent ordinary shareholders of the Company.  The Company is further pleased to announce that certain Directors will subscribe for in aggregate 4,137,928 Placing Shares under the Placing.

'We are pleased to receive the continued support of our two largest shareholders in order to accelerate development over Kiliwani, where the Company continues to remediate its Kiliwani North 1 well to bring it back into production, and Nyuni, while we make good progress in closing out the Farm-Out of Ruvuma.'